Portugal. the Man brought a marching band for their “Live in the Moment” performance on Ellen: Watch 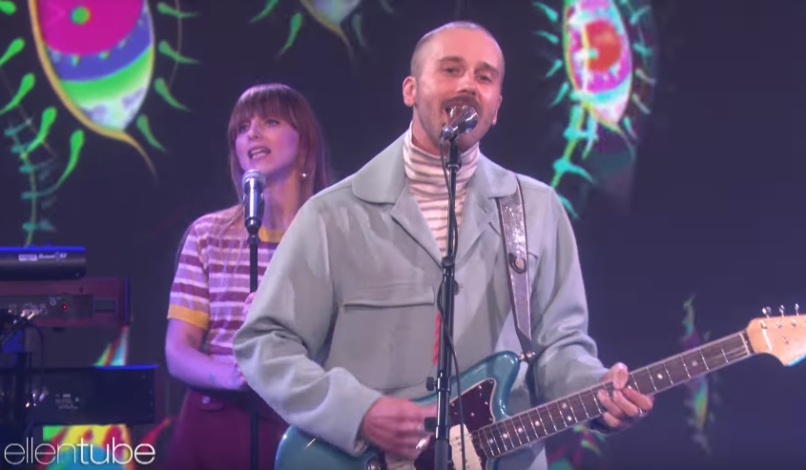 Portugal. the Man perform "Live in the Moment" on The Ellen Show

Portugal. the Man have been going all out since winning a Grammy for their smash “Feel It Still”. Their last televised performance, which came on Colbert last month, featured a children’s chorus and a drumline. Today, the Alaskan band appeared on Ellen, and this time they brought along the USC Marching Band.

The band delivered its latest single, “Live in the Moment”, with the USC band storming in from the wings on the first chorus. It’s almost amazing how unfazed frontman John Gourley, standing front and center with his standard turtleneck and jacket, appears by the cacophony around him, but that’s just part of the band’s innate coolness. Check out the replay of the performance below.


Portugal. the Man previously appeared on Ellen back in September performing “Feel It Still”. Their full upcoming tour itinerary includes stops at Coachella, Boston Calling, and Mountain Jam, so we’ll see what sort of stops they pull out for those gigs. Find their complete schedule here, and grab tickets here.