Produced by Dave Sitek, the song arrives amidst the feminist collective's ongoing US tour 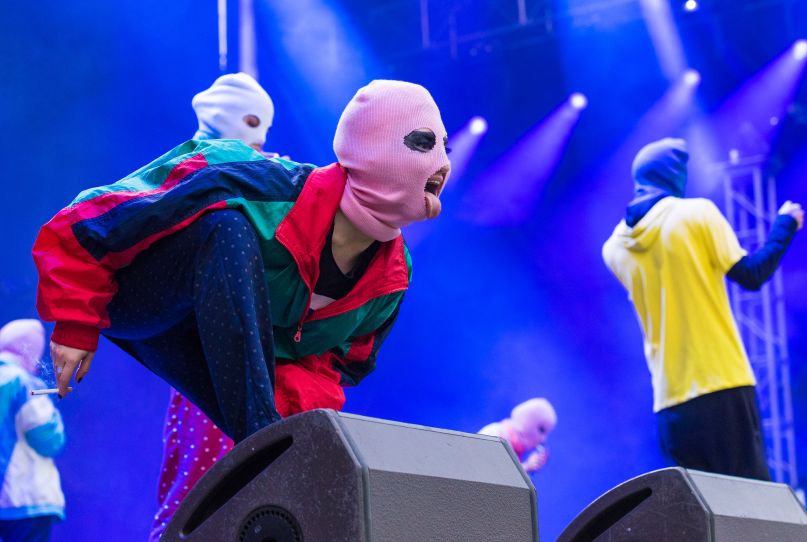 Pussy Riot first debuted the track in December during their first US shows in Los Angeles. Produced by Dave Sitek, it features a thumping drum beat and swirling synths while Nadya Tolokonnikova-led group addresses the “bad apples” with snarling lyrics like “Dumb fools/ Drunk on power/ Dirty thieves/ Tiny cowards/ You would not act like this in front of your kids.”

In the Matt Creed-directed video for the song, Tolokonnikova brings the concept to life by chopping up apples with a kitchen knife and stuffing the slices into her mouth with her bloodied fingers. Check it out below.