The war against terrorist drug cartels escalates in a tense, brutal sequel 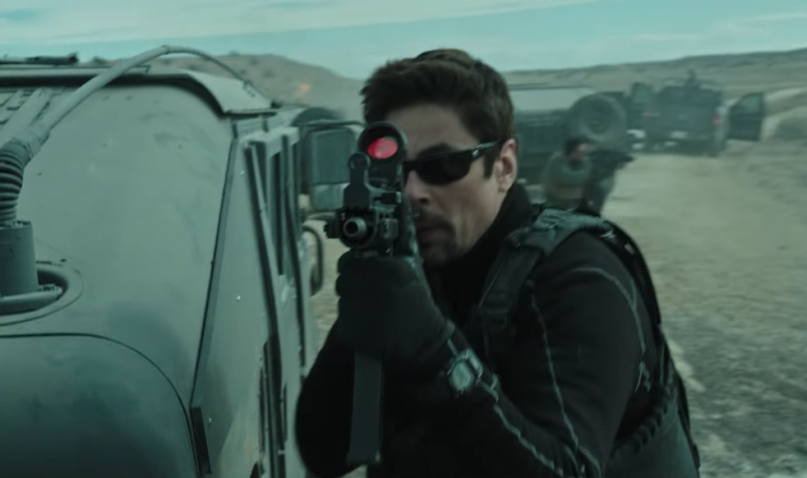 Josh Brolin in Sicario: Day of the Soldado trailer

Avengers: Infinity War isn’t the only movie that will see Benicio Del Toro and Josh Brolin teaming up this summer. The acclaimed actors are back together for the surprising but anticipated sequel to 2015’s Sicario. The film — which has beed rebranded as Sicario: Day of the Soldado — arrives June 29th. In anticipation, a new trailer has been unveiled, teasing more details of the film’s plot.

When it becomes clear Mexican drug cartels are working with jihadist terrorists, the US government decides to up its game. CIA agent Matt Graver (Brolin) recruits undercover operative Alejandro Gillick (Del Toro) to start a war between the cartels by stirring up trouble any way he can — including kidnapping a kingpin’s daughter (Isabela Moner). The Mexican government isn’t thrilled with the interference, launching a vicious retaliation that leaves Gillick and the young girl on the run not just from local forces, but Graver himself.

Even the trailer is a tense and violent ride, ticking up a major body count along the way. This sort of follow-up to an unexpected Oscar contender is always a tricky proposition, but damn if this doesn’t look like an intense ride. Check out the preview below.

Catherine Keener, Matthew Modine, and Jeffrey Donovan also star in the film. Taylor Sheridan returned to pen the script, while Stefano Sollima stepped in for Denis Villeneuve as director.