Stephen Malkmus on 30th anniversary Pavement reunion: “I’m not so keen on it”

Appearing on Kyle Meredith With..., Malkmus notes he's focused on his new album with The Jicks and other projects 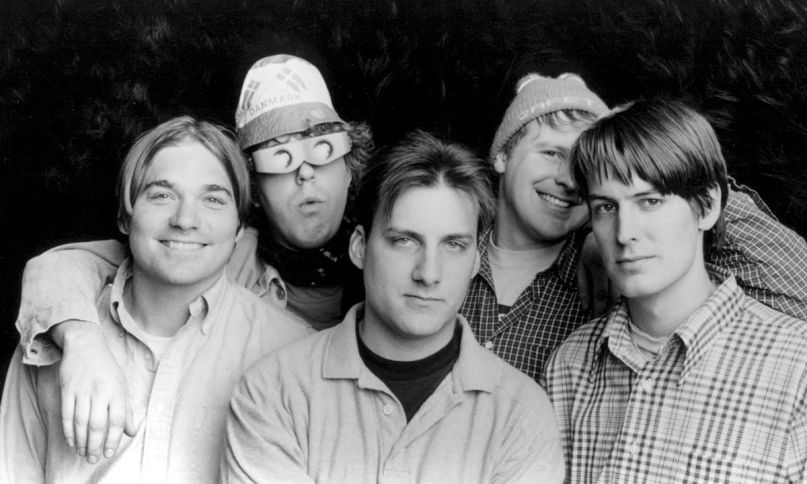 Stephen Malkmus has a busy year ahead, what with the May 18th release of his new album with The Jicks, Sparkle Hard, and an expansive supporting tour that runs through early August. Fans of Malkmus’ other band, Pavement, are undoubtedly hoping for an equally prolific 2019, given that next year marks the band’s 30th anniversary.

Late last year, Pavement’s Scott Kannberg, a.k.a. Spiral Stairs, stoked the flames of a possible reunion during an appearance on an Italian podcast. “We haven’t really discussed it, but there has been some talk about our 30th anniversary in 2019 maybe doing some stuff, so stay tuned!” Kannberg said at the time.

But in a new interview with Kyle Meredith With…, Malkmus downplayed the possibility of another Pavement reunion. “I’m not so keen on it right now,” he explained. “We put our heart into this record [Sparkle Hard]. And I have some other tricks up my sleeve. Combine that with things like my wife’s career and family… I’m full time with my life, so I don’t know if I have time for a Pavement reunion.”

Listen to Malkmus’ full conversation with Meredith below. He also speaks extensively about Sparkle Hard and whether the time is ripe for a Stephen Malkmus and the Jicks greatest hits album.

Kyle Meredith With… is presented by Louisville’s WFPK 91.9 and Consequence of Sound.