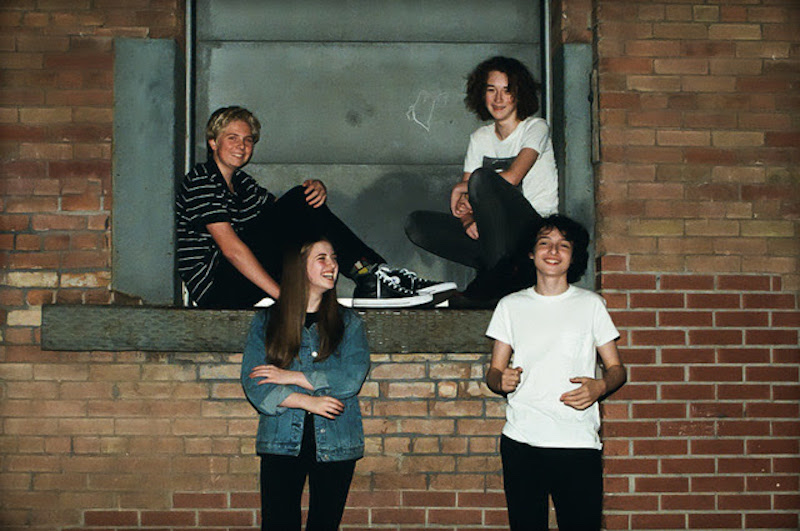 It began with soon-to-be Stranger Things moppet Finn Wolfhard’s starring in a PUP music video. That led him to picking up a guitar and sharing bedroom covers of Mac DeMarco. Soon, he was playing onstage with DeMarco and covering New Order with his own band. Then that band, Calpurnia, got signed to Royal Mountain Records and tapped Twin Peaks’ Cadien Lake James to produce their debut EP. Now, we get to hear the band’s first single, “City Boy”. Our little Mike Wheeler is all grown up.

Peppy and guitar-forward, the track evokes the loose jangle and group harmonies of James’ work with Twin Peaks, though its lyrics about being a “city fool” are about what you can expect from a 15-year old, even one as talented as Wolfhard. There’s a lot of life to the single, though, with a catchy, sing-along chorus and a dirty, crackling guitar solo to close things out.

In the accompanying video, the band offers a peek into their studio process with James, which includes plenty of mixing, noodling, and horsing around. “This video is a look into a day in the studio working on our record with Cadien, filmed and edited by our now great buddy Josiah Marshall,” lead guitarist Ayla Tesler-Mabe says in a press release. “Hopefully this video can convey how much fun this whole experience was for all of us, and that this music is really just the product of a bunch of friends who love music coming together to create something.”

The EP is due out this spring and a tour is slated for this summer. Somewhere in the midst of it all, Wolfhard will film the forthcoming film adaptation of Donna Tartt’s The Goldfinch, the sequel to Stephen King’s It, a Carmen Sandiego reboot, and the much-anticipated third season of Stranger Things.