SXSW Film Review: Family Has More Heart Than It Does ICP References 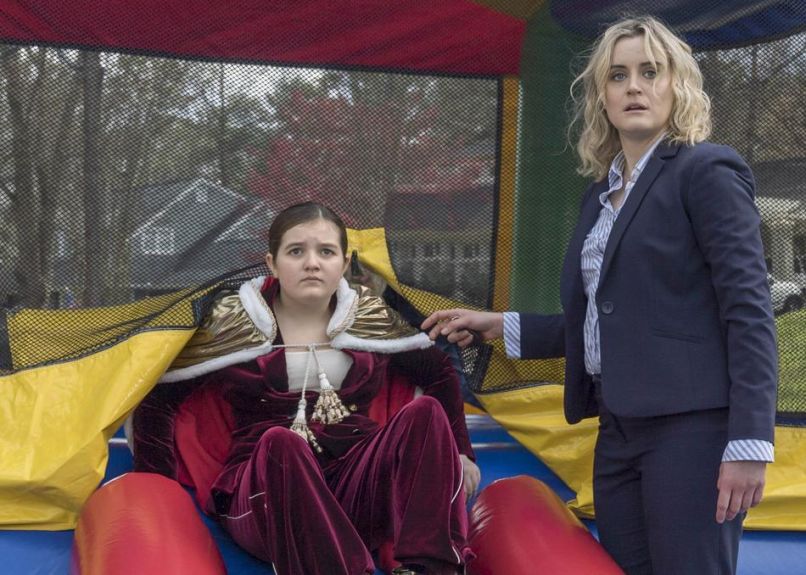 Throughout the week at SXSW, the buzz around Laura Steinel‘s writer-directorial debut, Family, has tended to focus on its showcase of the Gathering of the Juggalos as a climactic plot device. And why not? The fanbase orbiting horrorcore rap icons Insane Clown Posse and their annual, somewhat notorious music festival remains a fascinating topic for pop-cultural anthropologists. Even after notable Gathering dispatches from Nathan Rabin, ICP collaborations with Jack White, the viral sensation of “Magnets”, and (Jesus Christ) clashes with the FBI, there’s still a lot to mine about the hip-hop duo and Juggalo culture in general.

But while Juggalos are a nice gimmick to get audiences through the theater door, they could just as easily be cosplayers or a D&D group. That’s to say that with Family, Steinel doesn’t explore the intricacies of a subculture — viewers won’t have any deeper knowledge of the Dark Carnival mythology or Psychopathic Records by the time the credits roll — as much as she uses a subculture as an unexpected place for the word of the title. For all the fairground grime, hatchet imagery, Faygo-spraying, and other superficially trashy imagery associated with the Gathering, Juggalos — at least the ones in the film — are all about community. And that’s not always easy to find in one’s everyday life, or their everyday family.

For her plot, Steinel borrows the Uncle Buck model of a kid being cared for by a relative who has no business caring for kids. John Candy’s Midwestern slob gets switched out for Kate (Taylor Schilling), a child-phobic careerist tasked with looking after her middle-school niece, Maddie (Bryn Vale), in suburban North Jersey. Maddie’s parents (played by Eric Edelstein and Allison Tolman) are off in Red Bank to be with a dying relative, meaning that Kate’s week is filled with taking Maddie to and from ballet practice, getting her an outfit for a school dance, and other duties that clash with her hectic work schedule and own ignored insecurities.

Soon after Maddie’s parents leave, Kate discovers that the kid despises most of the things she’s forced to do. After ballet practice, she usually hops next door for covert karate lessons with Sensei Pete (a charmingly low-key Brian Tyree Henry). She also prefers playing make-believe to socializing with the other girls at school — mostly because they terrorize her on a daily basis. Several early scenes combine genuine pain with genuine warmth, as Kate realizes Maddie is having a similarly ostracized adolescence to the one she once did.

That’s not to say that she immediately becomes Aunt of the Year. Much of Family‘s humor comes from the juxtaposition of Kate and Maddie’s bonding with moments of pitch-black selfishness. While Kate proves to be savvy at building up Maddie’s self-esteem, she also blatantly forgets about her niece’s life-threatening food allergies. Even though she bonds with Sensei Pete, she manages to get into a venomous and eventually violent spat with a nosy neighbor (Kate McKinnon, firing on all cylinders as an alpha yoga-mom). Until its final act, the film never firmly defines her as a mentor or a monster, and that’s the point.

Although the characterizations and performances are a touch nastier and more nuanced than the typical bad-relative/bad-babysitter story, Steinel still adopts a boilerplate structure with her script. Because Kate never goes to a place of total darkness, it’s easy to see some of the resolving action from a mile away, Juggalos or no. But leaning into unpredictability might also have meant sacrificing Family‘s biggest strength — its heart. It might be dripping with soda and slathered in black and white greasepaint. But it’s a heart nonetheless.