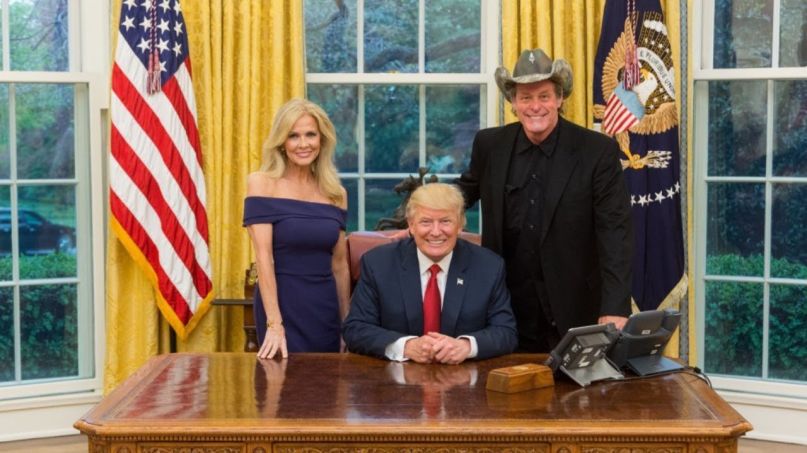 Jesse Hughes has found a musical ally when it comes to his views of the student-led protests against gun violence.

During a radio interview this week, wackadoo classic rocker Ted Nugent criticized the survivors of the Parkland school shooting as “pathetic” teenage “liars” who “have no soul.”

“These poor children, I’m afraid to say this and it hurts me to say this, but the evidence is irrefutable, they have no soul,” Nugen said on Newsmax’s The Joe Pags Show (via The Wrap).

“The dumbing down of America is manifested in the culture deprivation of our academia that have taught these kids the lies, media that have prodded and encouraged and provided these kids lies,” he added. “I really feel sorry for them because it’s not only ignorant and dangerously stupid, but it’s soulless. To attack the good law-abiding families of America when well known predictable murderers commit these horrors is deep in the category of soulless.”

Nugent also defended the NRA as “a bunch of American families who have a voice to stand up for our God-given constitutionally-guaranteed right to keep and bear arms. We have no blood on our hands.”

Nugent, a close confidant of Donald Trump, has expressed an interest to run for senator of Michigan.