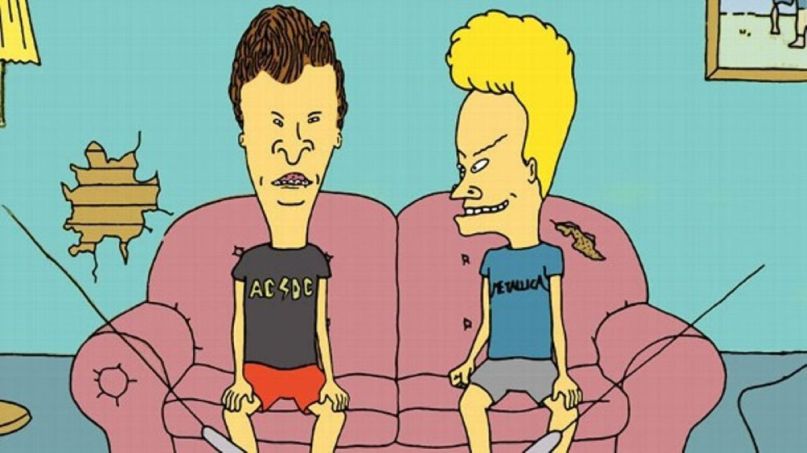 Editor’s Note: This article originally came out in 2018. We’re resharing it today as The Beavis and Butt-head Experience compilation album turns 27.

This article has a story…

And the story is about how two teenage nimrod slackers with absolutely zero ambition came to sit on their couch and let their brains rot to music videos from Dolly Parton to Pantera for so long that they became a generation’s foremost experts on the art form. Twenty-five years later, pop culture and tastes continue to evolve, but, if we’re honest, many of us can admit we graduated from the Beavis and Butt-head school of music criticism and still cling to one age-old truism: within the first five seconds of a music video, we know if it “sucks” or “kicks ass.”

In honor of 25 years of Mike Judge’s Beavis and Butt-head, here are 10 videos that absolutely don’t suck nads and “speak less to the heart and more to the sphincter.” Uh, huh-huh. I said, “nads.”