The Breeders release All Nerve, the band’s first album with their classic lineup in 25 years: Stream 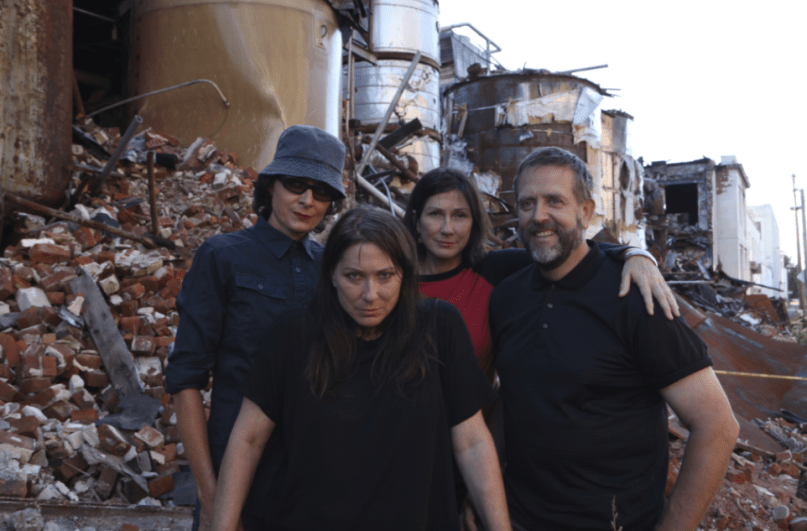 The Breeders, photo by ​Marisa Gesualdi

It’s been two and a half decades since The Breeders put out an album featuring their classic lineup of Kim and Kelley Deal, Josephine Wiggs, and Jim Macpherson. That changes today with the release of All Nerve, the first effort all four members have worked on together since 1993’s Last Splash. The follow-up to the band’s 2008 effort, Mountain Battles, is out now and you can stream it below.

It was actually the group’s last record together that led to this most recent one. The group got together five years ago to celebrate Last Splash’s 20th anniversary with a tour. The spark was reignited and they decided to make new music together once again. Slowly but surely, All Nerve came into being as they recorded in studios across the country with producers like Steve Albini, Mike Montgomery, Greg Norman, and Tom Rastikis. Courtney Barnett also joined them, providing backing vocals for “Howl at the Summit” along with her bandmates Bones Sloane and Dave Mudie and their touring crew member Dylan Ransom-Hughes.

Much of the songwriting took place in the basement practice space of Kim Deal’s Dayton, Ohio home. The plan wasn’t explicitly to make an album, as group opted instead to simply work on songs together like friends thinking about starting a band again. A lack of expectations led to perhaps a long writing and recording process, but also a relaxed one.

“I really had a great time doing it. I loved doing it,” Kim Deal told Huffington Post. “I was happy when I knew Josephine was coming out. It got everybody excited. It was fun having Jim come over, and Kelley. I really did enjoy it. It was quite an accomplishment.

The Breeders will support All Nerve on a spring and summer tour beginning in April. Their docket is ahead, and you can grab tickets here.