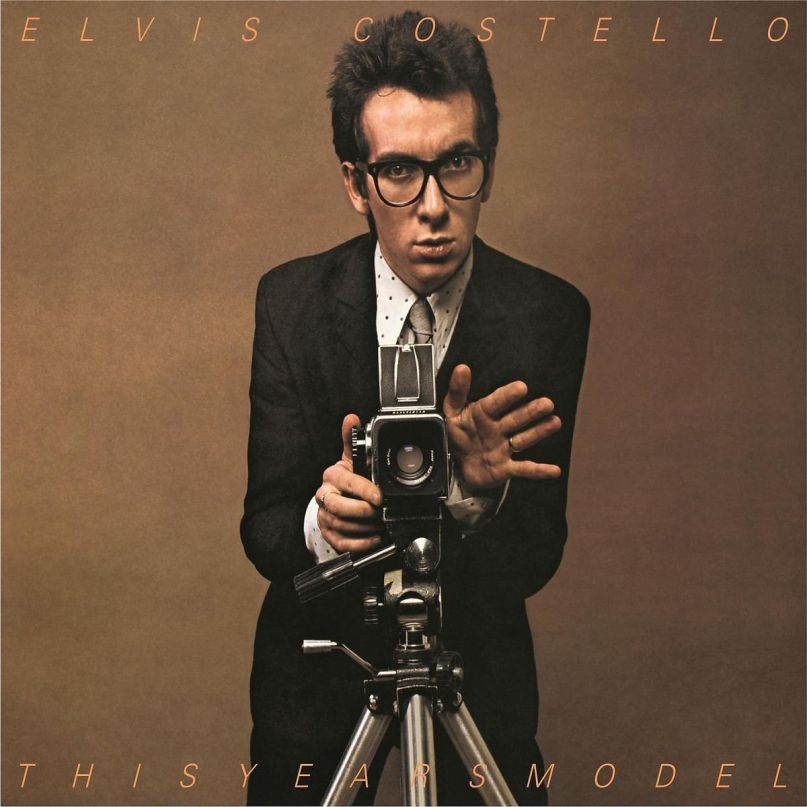 “I’m sorry ladies and gentlemen. There’s no reason to do this song here.”

The words are arguably as famous as any performer has ever uttered on Saturday Night Live. Elvis Costello didn’t get so much as two verses off of “Less Than Zero” before he abruptly waved the song off, instead directing his backing band, The Attractions, to charge into “Radio, Radio”. The choice to abandon one song for another mid-taping was electrifying in its unexpectedness. But playing “Radio, Radio”, a no-holds-bar attack on airwave politics and the way sheep-like consumers play into it, made it a legendary slice of unscripted television. Calling out the commercialization of rock and roll on a show that prided itself on its ability to break new bands was the definition of shitting where you eat.

The burgeoning British songsmith certifiably made his own bed with Lorne Michaels, who as legend has it cast Costello with a lifetime ban from Studio 8H (He’d return some 22 years later alongside the Beastie Boys for the show’s 25th anniversary special). But Costello couldn’t care less. In the end, it was a small price to pay for such a marvelous reinvention. Skinny, bespectacled, and decked out in a trim suit and tie, Costello looked like Buddy Holly reincarnated. But the safe, bookish façade only window-dressed the smart ass with a mean streak beneath. The singer’s debut, My Aim Is True, wasn’t even a year old, and already the angelic pop rock of “Allison” felt like a thing of the past. Costello was already on to the next thing.

That next thing was This Year’s Model, a whip-smart pop rock masterpiece that took its predecessor’s flare for cutting wit and tuneful guitar pop and injected it with a generous dash of punk rock venom. It might have been his second record overall, but This Year’s Model was Costello’s first with The Attractions, and that’s an important distinction. The band Clover might have supported Costello’s songs capably on My Aim Is True, but his debut was very much a solo record. This Year’s Model, on the other hand, was the work of a band. Costello now had what would quickly prove to be one of the best backing bands in rock history augmenting his literate lyrics and razor-sharp pop instincts, and the combination proved deadly. As such, This Year’s Model doesn’t just earn its claim as one of the best rock records of the ’70s 40 years on; it was the first in a murderer’s row of classics Costello would tear off with The Attractions during their influential eight-year run.

What makes This Year’s Model so great, even after 40 years, is the way it effortlessly balances out sound and mood. It’s a pretty-sounding pop record that’s actually anything but. The Attractions’ technical dexterity is something to marvel at, nowhere more so than on the record’s frenzied opening track “No Action”. But there’s a perfect give and take between Costello and his band that makes the record fly. While the band works its damndest to keep things musically upbeat, Costello’s lyrics are driven by a darker but equally volatile energy. “I don’t wanna kiss you/ I don’t wanna touch,” he whispers with near-palpable nervousness to start the track. “I don’t wanna see you ‘cause I don’t miss you that much.” Despite the efforts of keyboardist Steve Nieve, bassist Bruce Thomas, and drummer Pete Thomas, Costello can’t dig himself out of the mire of a toxic relationship where he’s doomed to come off as the jerk. “Every time I phone you, I just wanna put you down,” he sings with cold truth. When the band goes high, Costello more often than not goes low. But the two make perfect foils.

Nieve’s keyboard playing, in particular, gives the record a certain wistfulness, but it’s an effect designed to set listeners up only for Costello to knock them back down. More often than not, the subject of the singer’s angst is love on the rocks, and This Year’s Model is bursting at its seams with salty gems. Sometimes he’s not only comfortable, but oddly pleased being the bad guy (“No don’t ask me to apologize/ I won’t ask you to forgive me,” the singer spouts with unmistakable vengeance on “Hand in Hand”). Other times, as on the soulfully subdued “Little Triggers”, he’s equally upset to find the shoe on the other foot (“I don’t wanna be hung up, strung up, when you don’t call up”). Whether he’s playing the bully or the martyr, the end result is savagely cunning.

Costello sharpened his lyrical claws considerably from his first record to his second, but that shouldn’t overlook the leaps the singer also was making musically with The Attractions in tow. Produced and recorded in London by Costello’s early collaborator and mentor, Nick Lowe, This Year’s Model came to be in the thick of punk rock’s first wave. While it’s difficult to call the record “punk” in the classic sense, it’s undeniably informed by the genre’s angry, rebellious spirit. Costello doesn’t spit and mug it up here like Johnny Rotten or take pronounced sociopolitical stances like The Clash, but he’s just as fixated on the idea of breaking the rules in his own sophisticated way. On just his second record, Costello established himself as a musical maverick and shape-shifter. He’s not interested in committing whole-heartedly to punk, soul, or ’60s pop, but rather glomming onto the aspects of those genres that most appeal to him.

In what has long become one of his hallmarks, Costello winds and weaves his influences into his songs so subtly that they’re nearly impossible to pick up on, at least on a first listen. You have to give “This Year’s Girl” a few spins before you pick up on Pete Thomas’ “Ticket to Ride”-influenced drum part. The lyrics to the party-starting stomp of “Pump It Up” sound like pure stream-of-conscious jibberish, that is until you realize Costello’s word association was in part a nod at Dylan’s “Subterranean Homesick Blues”. On other tunes, his influences are so well disguised we’d probably never uncover them unless Costello gave them up. He admitted in his 2015 memoir that “Lipstick Vogue” was inspired by Tom Petty and the Heartbreakers’ “American Girl” (although significantly more amped up). In the liner notes to the 1989 rarities collection Girls, Girls, Girls, he admits to grabbing at The Kinks, The Who, The Clash, and more obscure acts like The Pioneers while writing This Year’s Model’s first single, “(I Don’t Want to Go To) Chelsea”. Every artist takes bits and pieces of what they need where they can find it, but great artists turn the act of cribbing into an art form by itself.

The late ’70s produced some great angry-young-man rock and roll. Randy Newman’s Little Criminals, Graham Parker’s Squeezing Out Sparks, and Lowe’s own Jesus of Cool, among others, used cynicism and angst as a powerful creative engine. But even atop that lofty list sits This Year’s Model, a record for the frustrated everyman that still hasn’t lost an ounce of its emotional urgency or power pop appeal. Years before Nirvana and Green Day made snottiness likeable and endearing, Costello showed generations of fans and bands to come that punk and pop didn’t have to stand on opposite sides of the fence and that a bad attitude can’t overwhelm heart and skill.