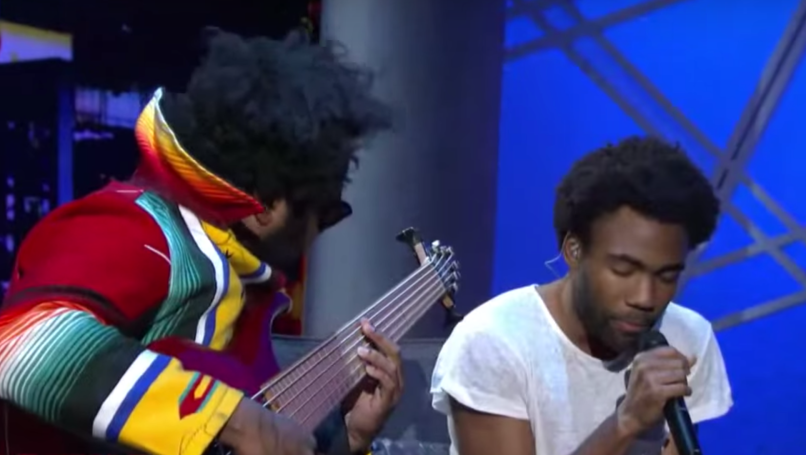 Much has changed since Donald Glover and Thundercat first connected on the Childish Gambino track “Shadows” back in 2013. Glover has become a full-blown movie star, what with roles in Disney’s Han Solo movie and Lion King remake, not to mention his original Emmy-winning FX series Atlanta. Thundercat, too, has seen more mainstream exposure, thanks to collaborations with Kendrick Lamar, Herbie Hancock, and the incomparable duo of Michael McDonald and Kenny Loggins. Despite their busy schedules, Glover and Thundercat recently found time to reconnect for a new collaboration.

According to a press release, Glover invited Thundercat to score the latest episode of Atlanta, “Barbershop.” In turn, Thundercat reached out to his longtime collaborator Flying Lotus to work on the composition. Their music was sprinkled throughout the entirety of the episode, which you can replay in full episode on FX’s website.

Beyond Thundercat and Glover’s past relationship, FlyLo also has a connection to the show, as Stereogum points out. Frequent Atlanta director Hiro Murai worked with FlyLo on the video for his Kendrick Lamar collaboration, “Never Catch Me”.

Watch Glover and Thundercat perform “Shadows” on the Arsenio Hall Show in 2013: