Set to the Fresh Prince of Bel Air theme song, the cringeworthy rap details how a bill becomes a law 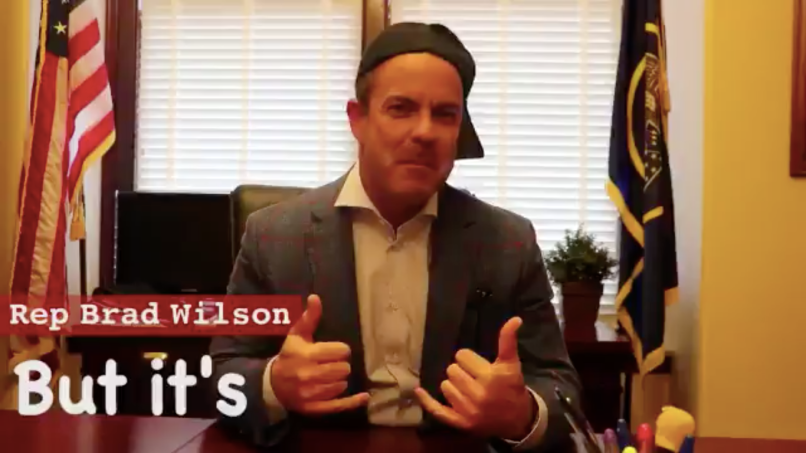 You’d think we’d be past the point of old people rapping in an effort to win over the youngs, but, lest we forget, Saturday Night Live sought to “humanize” Donald Trump by having him undulate to a Drake song a few years ago. In a video that will have you cringing your backwards baseball cap off, the Utah House of Representatives just released a clip of them rapping about the process of turning a bill into a law and, for fuck’s sake, it’s even worse than it sounds.

Set to the Fresh Prince of Bel Air theme, a song that’s nearly 30 years old by this point, the clip cycles between a chorus of old, white people bouncing their arms while spreading their fingers in that way white people do when they “rap.” What’s worse? The thing barely rhymes. “This is a story all about how / our bills get flipped into a law / i’d like to take a minute just sit right there / I’ll tell you how a bill becomes law in this, our chamber.” What.

As bad as this thing gets, though, nothing in it is more embarrassing than Rep. Mike McKell’s MAGA hat. Watch it below.

The Utah House of Representatives made a rap video about how a bill becomes law, and somehow it's worse than you would expect pic.twitter.com/Dq3U7RwGBu

Kudos to Rep. John Westwood for being the only one who seems to realize how embarrassing this is.

Turns out these Utah lawmakers have a habit of doing this kind of thing. Below, watch some locals lip synch along with Flo Rida’s “My House”, as well as Utah Attorney General Sean Reyes spitting some bars of his own.