What Does a Modern Exploitation Movie Even Look Like Anymore? 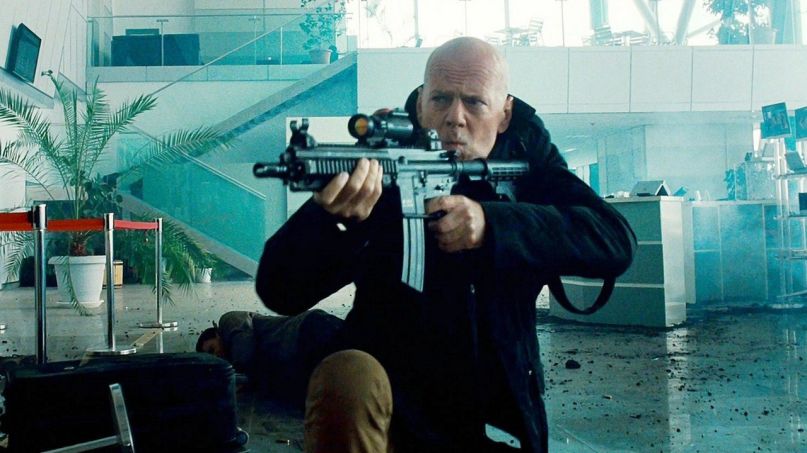 By the time you read this, a new Death Wish will have already been unleashed on audiences. Reviews of Eli Roth’s reboot of the 20-year-long Charles Bronson series have been embargoed until roughly one hour before the first premiere screenings will be made available to audiences, which is as reflective of the film’s likely quality as it is of the reluctance on MGM’s part to even release the film. After all, it was supposed to arrive in theaters months ago, in November 2017, until the tragic mass shooting in Las Vegas forced a delayed release. As many have pointed out, the new Death Wish now arrives in conflict with the Parkland tragedy. It’s unlikely there’ll ever be a time in current American events where a new Death Wish will arrive and feel anything less than inappropriately tacky.

But then, some will always argue, that’s the point. The lineage of Death Wish is itself schlocky; the 1974 original preyed on urban phobias of the time, one of the first franchises built almost entirely around the premise of the Good Man with a Gun, protecting himself and his loved ones through increasingly excessive fits of ultraviolence. While the films became no less violent as they progressed, subsequent installments featured more cartoonishly violent acts, from destruction by grenade launcher to a cannoli laced with cyanide. In so many words, though they may have had a bit more budgetary pull than many of their contemporaries, the Death Wishes were always exploitation movies at the core. They satisfied all the requirements of a proper exploitation feature, after all; they were extravagantly brutal, built around a social message they only lightly seemed to comprehend or even care about, and preyed on our basest moviegoing impulses.

To be clear, exploitation movies have existed as long as cinema, in one form or another. One can go back as far as the days of Tod Browning’s Freaks for examples of the medium; even in 1932, Browning was casting actual disfigured circus performers in his horror feature. Exploitation has always evolved with the times, although “evolved” is being tossed around with a fair deal of charity in this particular case. Once again, these movies exist for the inherent purpose of tapping into a more primal, lizard-brain part of the moviegoing audience’s consciousness. The vicarious thrills and ultimate panic of fare like Reefer Madness begat the early “educational” films, ones which trafficked in sex and drugs and violence under the auspices of warning adult audiences about the risks besetting today’s kids. As the 20th century rolled forth, the genres became more specialized, from blaxploitation (so commonly helmed/created by white filmmakers) to sexploitation (Beyond the Valley of the Dolls being just one pre-eminent example) to even more perverse material. Cannibals tore at flesh, women in prisons made tawdry love and/or murdered one another, biker gangs ran the underground America, and film had a new language for the horrors of the daily world.

Yet films like Death Wish were and are birthed out of a particularly ugly iteration of the filmgoing impulse. The original film is very much of a piece with grindhouse subgenres like the rape revenge films of the time, fare like The Last House on the Left, which invited audiences to wring their hands over the horrors of the terrible things we do to one another while simultaneously allowing them to bear witness to those same horrors in graphic, luridly shot detail. Urban paranoia was an integral part of cinema at large throughout the 1970s and ’80s, but much of it was portrayed from a culturally and ethnically white perspective, the lone innocent trapped in a vicious and unforgiving world a’la Travis Bickle in Taxi Driver. But where Paul Schrader and Martin Scorsese took great pains to illustrate Bickle’s pathetic underpinnings, turning that sort of character into its own kind of parable, so many Bickles were the heroes of so many more cheap, dirty productions.

As with any fraught cultural period, the art came to reflect the times. But particularly in the ’70s, when myopic (and typically racist) cultural phobias were engendering white flight in major American cities, exploitation started to look particularly filthy. Where there had always been something of a subversive thrill to such films, the look and feel of the medium was being appropriated by different forces, forces which conspired to take the basement-theater thrills of the time and use them to stoke and validate a more violent kind of inclination. Death Wish is hardly the only film/series to ever fetishize the fantasy of the lone, silent hero waiting to blow away anybody who stands in his path, but it’s one of the most classic examples of an archetype that has come to define so much dialogue about everything from gun ownership to classic masculinity in American culture. Bronson had everything taken from him, and so the killing spree that ensued was understandable and, to some, even morally justifiable.

Exploitation has never “gone away” so much as it’s experienced its own ebb and flow periods of mainstream cultural relevance. But it entered into a new echelon with the arrival of Quentin Tarantino and Robert Rodriguez and a new generation of Hollywood filmmaker who looked at the films not as disposable entertainment fare, but as unheralded cultural touchstones. The visual language of exploitation returned to prominence, all of the garish color and anachronistic music and graphic violence intact, but now it was art. Now it could win a Palme D’Or at Cannes, cross the nine-figure mark at the American box office, or start its own legacy of hand-wringing moral panics. Now we could hold college classes about the legacy of exploitation and its place in modern society. After all, if there’s one thing that has absolutely not changed in nearly a hundred years of mainstream American moviegoing, it’s the audience’s urge to be shocked, repulsed, aroused, and thrilled when it goes to the movies.

Particularly in the years after the September 11th attacks on New York City, offshoots of the medium returned in full force, most visibly in the form of “torture porn” movies. As the world reckoned with the horrors of that day, with the military conflicts that ensued, and particularly with the new strains of ingrained nationalism and racism that bubbled to the surface anew in the wake of the attacks, films like Saw and particularly Hostel offered a mirror image of the ugliness we heard about on the news but from which we chose to look away so often. Bodies were decimated in ways never previously considered acceptable for viewing in your average suburban multiplex, but hey, the times had changed. The news was violent, the world was violent, and more of it could be depended upon to arrive with every new day. So the films turned violent again in kind, often shockingly so.

With the turning tides of the last few years, though, a new question arises. What is the exploitation movie, nowadays? While appealing to the viewer’s lesser nature has always been a part of the equation, there’s always been a great and often notorious deal of exploitation behind the scenes. Consider the aforementioned example of white filmmakers helming so many blaxploitation classics trafficking in broad cultural stereotypes or even the recent story of Uma Thurman nearly dying on the set of Kill Bill. In an era of filmmaking where the behind-the-scenes stories are considered part of the text, where unethical methods of production behind the camera are coming under increasing (and to be clear, necessary) scrutiny, where the days of the casting couch may well be drawing to a close, how can the exploitation feature continue on as it once did? The short answer is that it can’t. The longer, more difficult answer, one which can’t fully be drawn by this or any other singular essay, is that it must return in some way or another to its subversive roots.

While there’s certainly a kicky thrill in revisiting the craven tastelessness of so many earlier exploitation features, it’s fairly impossible to dispute that there’s little to be gained from growing truly nostalgic for movies that engaged in genuine perversion to get a pop out of the audience. It’s one thing to appreciate aesthetics and costumes and the like; it’s quite another to grow wistful for the days when insolent women got a smack in the mouth from onscreen antiheroes. So, in many respects, what we constitute as “exploitation” now chases the absurdist tendencies of the time, without so much of the cultural ugliness humming beneath it. Some of the more outre Adult Swim material would fall into this category (some of the grossest Tim & Eric material, for sure), as would films like Flying Lotus’ 2017 debut, Kuso, a scatological and almost uniformly disturbing descent into one nightmare after the next. In the same way that comedy is reckoning with its moral center by embracing the comparatively uncontroversial auspices of absurdism, the exploitation feature is finding ways to continue shocking and repelling without demeaning the audiences who chase that sort of high.

But there’ll likely always be pastiche (Tarantino has informed as many filmmakers now as the ones who informed him), and there’ll likely always be a handful of films that still go about exploitation filmmaking the old-fashioned way. There’s a new Death Wish, and now it’s even latching onto Chicago’s national reputation as a Thunderdome of gun violence to get a rise out of its target audience. The internet will continue to show us hideous things on a daily basis, and now there’s a 24-hour news cycle to reappropriate so much of the same. Exploitation films will always be ugly at their worst, mirroring the hatred and filth within our hearts without ever asking us to challenge it, soothing the voices in our heads that tell us these things are wrong. But at their best, they can still transgress in new and exciting ways, and perhaps this can be the standard to which the sleazeballs of tomorrow aspire. They can push back against the status quo, and when they shock, they can shock in ways which actually push boundaries, instead of reaffirming those boundaries in kind.