Win Butler on Arcade Fire’s Everything Now: “If that’s the worst thing we can possibly do then I’m at peace”

Frontman also discusses his politics: "I think the American left are crazy too" 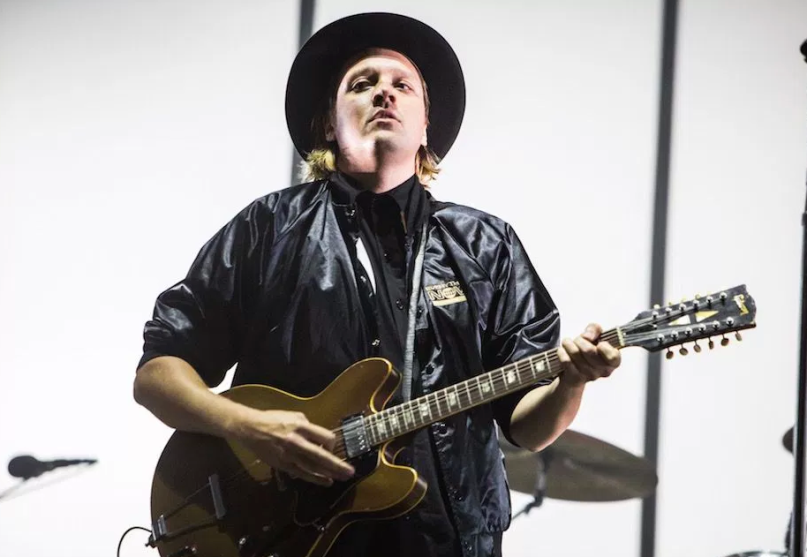 Arcade Fire are at an interesting juncture in their career. They’re still one of if not the biggest indie rock bands around, but they just put out there most critically muted record ever in Everything Now. They’re also a Canadian band with strong American ties, which puts them in a unique position politically during such trying times. Frontman Win Butler addressed all of this in a recent interview with The Guardian.

Butler acknowledged that Everything Now wasn’t terribly well received, despite its chart-topping status, but he’s okay with that. In fact, he thinks it’s a good sign. “Part of me hopes that this record is our stinker, our horrible record,” he said. “Because if it is, then we may be the greatest band of all time. It’s pretty funny to me. If that’s the worst thing we can possibly do then I’m at peace.”

According to him, people simply didn’t get what Arcade Fire were trying to do with the album, from its satirical promotional campaign to its overarching narrative. The audience responded to discussion of “evil corporations” as old news, something that had been talked to death. But, Butler said, “I look at the moment we’re in. We’ve got a reality star in charge of the United States, and everything that we love and care about is filtered through this incredible corporate structure.” He noted that we accept Apple as a benign entity, but we don’t really have a reason to. “Like: ‘Hey, we’re not Exxon, we’re the good guys!’ We’ve all just accepted it.”

(Read: Ranking Every Arcade Fire Song From Worst to Best)

Speaking of that Reality Star in Chief, Butler suggested he didn’t agree with Republican politics, but wasn’t all for modern liberalism either. Speaking specifically about the political movements of the last few years, he said,

“I think the American left are crazy, too. I’m an independent, I’ve never been a registered Democrat. I voted for Obama, I’ve only voted for Democrats, but I have no horse in that race, no one I have any affiliation to. My heroes are Martin Luther King and Gandhi. I’m way more on the side of MLK than I am Occupy Wall Street in terms of my personal philosophy. The thing about the civil rights movement was it was about something very specific, and I find that the left is just devouring itself. Concerning itself with things that are not particularly healthy; not focusing on accomplishing actual things, just surface things.”

While he supports activism like the March for Our Lives movement, he admits that he grew up around guns — particularly shotguns — and isn’t convinced the American people are ready for change. “There was a mass shooting at a country music festival that didn’t even move the needle on gun control; I don’t know if we’re up to the challenge as a people,” he said. He added, “Just putting in a hashtag is not enough. It does feel satisfying, and it’s a useful tool, but it’s really not affecting the thing itself, which is physical, completely human and not even political, really. It has to transcend politics. We’ll see if it can break through that noise ceiling.”

Read the entire story, in which Butler also touches on the state of comedy in 2018, here.