Plus, Cardi B joins Migos for "MotorSport" 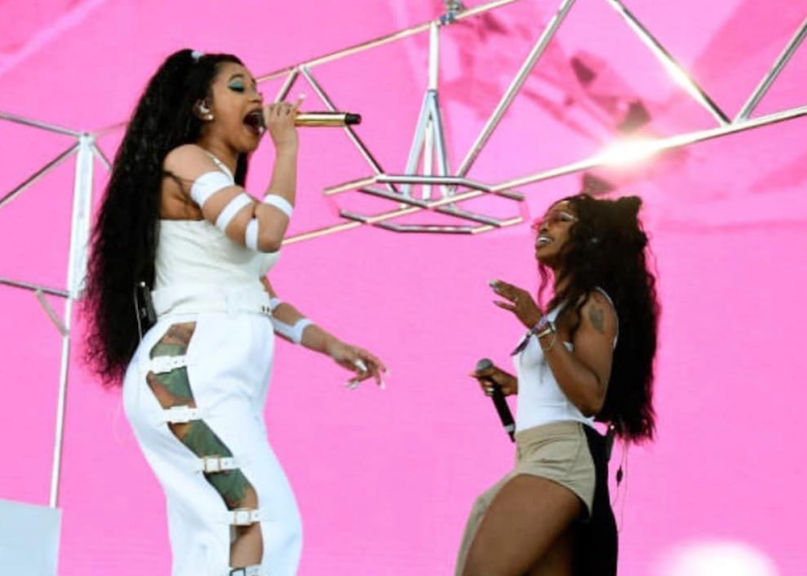 For her first weekend at Coachella, Cardi B served up a $300,000 set featuring pregnant twerking and cameos from Chance the Rapper, Kehlani, and 21 Savage. Her second go-around this past weekend was equally eventful and guest-filled as the Cardi was joined onstage by Invasion of Privacy collaborator and fellow breakout star SZA. The two hyped up the Indio crowd with a performance of their joint track “I Do”.

Elsewhere during Cardi’s set, she brought J Balvin and Bad Bunny for Invasion cut “I Like It”. Cardi also made an appearance during Migos’ Coachella set, joining them for their collaborative “MotorSport” single.

Check out fan-caught footage of all three performances below.

Cardi B and SZA perform “I Do”:

seeing my favorite song performed live by my favorite artists is crazy to me ???????? i will never be the same @iamcardib @sza pic.twitter.com/pyxibzHzQX

Cardi B, J Balvin, and Bad Bunny perform “I Like It”:

Migosa and Cardi B perform “MotorSport”: