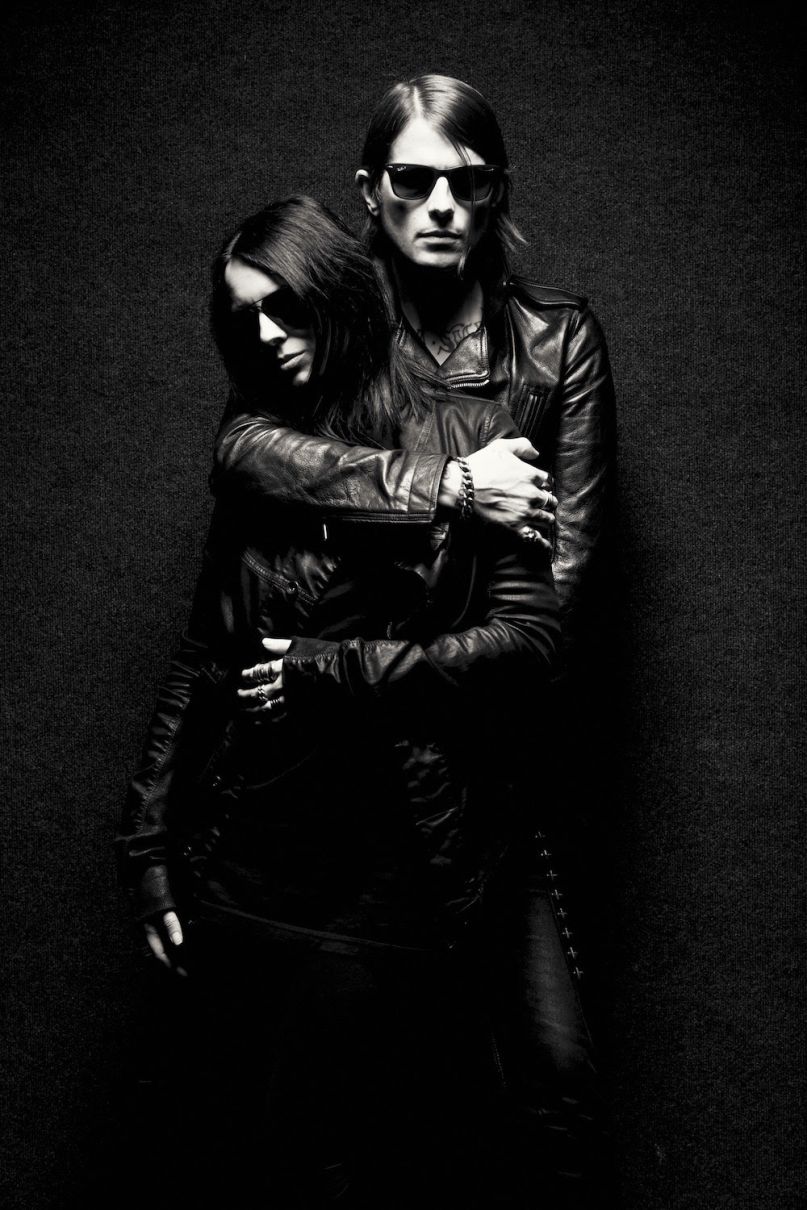 In the fall, Cold Cave’s Wesley Eisold returned with a new single, “Glory”, a song we now know is part of a new EP, You & Me & Infinity. It marks Eisold’s first proper release since 2016’s “The Idea of Love” 7-inch, and will be available digitally as a 10-inch picture disc on June 1st. Update: You & Me & Infinity has been released early digitally and can be streamed below.

Mixed by Chris Coady and mastered by Bob Weston, the EP contains, according to a press release, “four romantic existential anthems for the disenchanted daydreamers.” Cold Cave have also shared a music video for the EP’s title track, which is starker in both tone and aesthetic than the bright, glimmering “Glory”.

“You & Me & Infinity” is positively vampiric, its stormy, studded synths underscoring Eisold’s lyrics to an unnamed “night schemer, tongue taster, light waster.” Amy Lee’s black and white video keeps a tight, claustrophobic focus on the singers and instruments as shadows threaten to swallow each of them. Watch it below.

Eisold has also announced a North American tour that will find him performing with a full band consisting of Lee, Nils Blue, and Ryan McMahon. Check out the dates below.