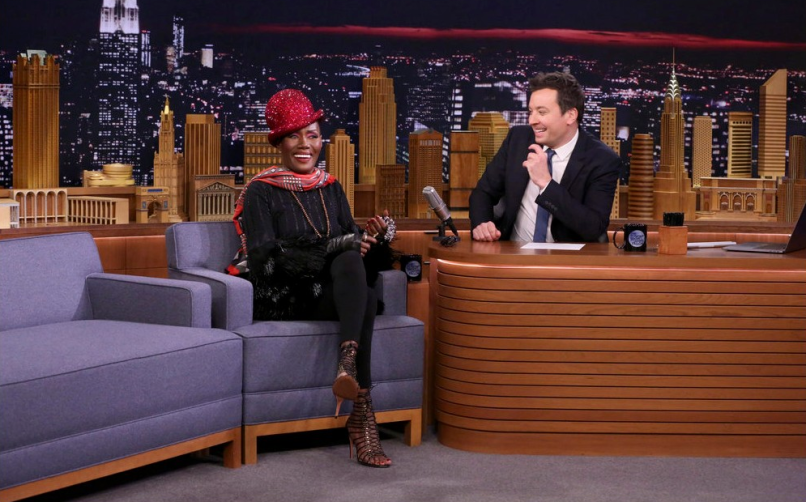 Jimmy Fallon’s Tonight Show featured one hell of a lineup on Thursday night. Not only did Jack White stop by to discuss his new solo album and Tinashe team with Offset to perform “No Drama”, but music and fashion icon Grace Jones also sat down on those big comfy chairs for a chat.

The main purpose of her visit was to talk about her new documentary, Grace Jones: Bloodlight and Bami, which after 12 years in the making is finally out today. She also touched on one particular experience at the notorious New York City nightclub Studio 54 that had a massive impact on music history. Apparently, on the 1977 opening night of the infamous venue, Nile Rodgers of Chic, couldn’t get entrance. Pissed off, he went home and wrote a hook that went, “Ahhhhh, fuck off!” A year later, that phrase was rewritten for the now-classic disco smash “Le Freak”.

Hear Jones tell that story, and a few others, by watching the interview below.