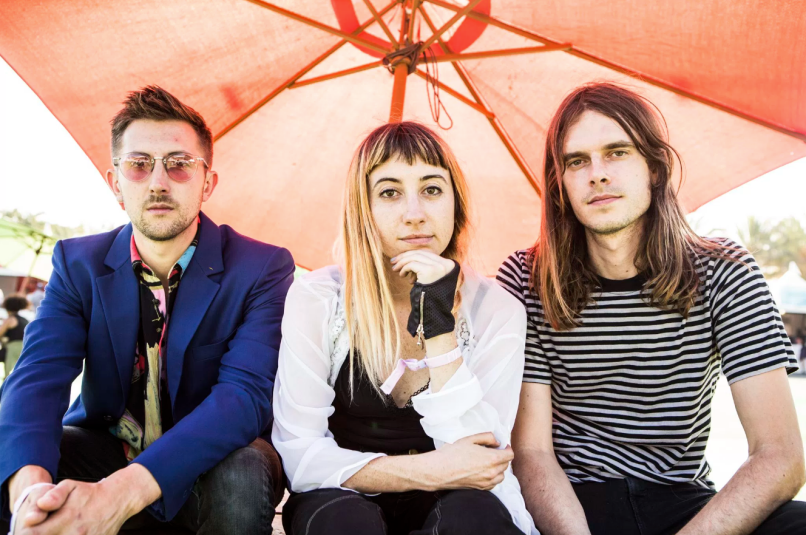 Hundred Waters today return with their first new music since last year’s Communicating. “Mushroom Cloud” is a lonely piano ballad that sticks to the lower end of the instrument’s range. The heavy track finds singer-songwriter Nicole Miglis struggling to find the words to express some haunting reality she keeps close to her chest. “I know I should tell you/ I know that I should reach out,” she sings. “I know we should talk about, talk about it/ But each time I open my mouth/ It’s like I’m breathing smoke/ It’s like a mushroom cloud.”

The song’s release coincides with a new mini-documentary from the band. Entitled Communicating, the film expands on the tension between Miglis and her bandmate and ex-boyfriend, Trayer Tryon. In the video, we see the former couple are no longer sharing a room, with Miglis planning to move out. “Who knows what’ll happen,” she says near the end. “Life’s a big adventure and there’s a lot of things to do, so just gonna learn.” The seperation gives an ominous feeling to the whole thing, especially when Tryon says, “What’s actually gonna happen when we get back [from tour] in three months, I don’t know. I don’t know if we’ll keep touring after that our what.”