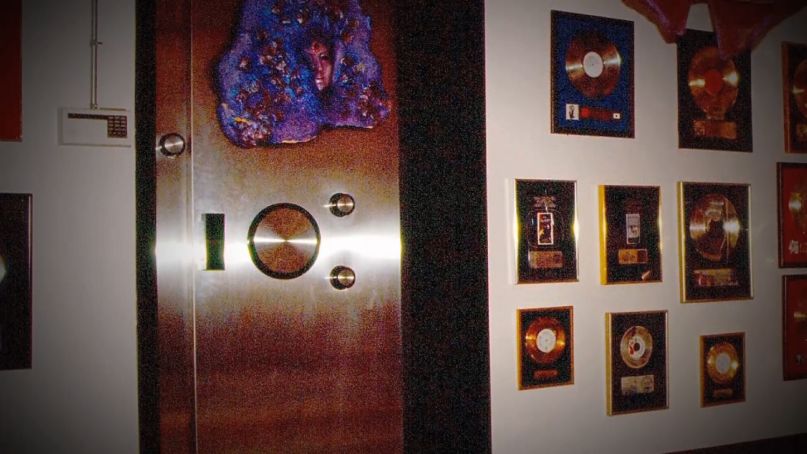 Outside of Prince's music vault

Located in the basement of Prince’s Paisley Park estate is a bank vault full of unreleased music. As part of their investigation into the musician’s tragic death in 2016, the Carver Country Sheriff’s Office recently released a number of photographs from inside the vault, offering our first peek at the treasure trove of material amassed by Prince over the course of his 57-year life.

According to Prince’s former sound engineer, Susan Rodgers, the vault pre-dates the release of 1984’s Purple Rain and was already at capacity she left three years later. “When I left in 87, it was nearly full,” she explained in an interview with the Guardian. “Row after row of everything we’d done. I can’t imagine what they’ve done since then.”

As Prince’s death was unexpected and he left no will, his estate had no way of accessing the vault as only Prince knew the door’s key code. After drilling it open, the estate’s archivist discovered enough unreleased music to release a new album every year for the next century.

The first batch of this discovered material has begun to see release, including a reissue of Purple Rain, the 1999-era “Moonbeam Levels”, and the original version of “Nothing Compares 2 U”, which surfaced last week. The estate has also struck distribution deals with Warner Bros. Records and Universal Music with plans for more unreleased music to be unearthed in the months and years ahead. An early draft of Prince’s handwritten memoir is also on the way.