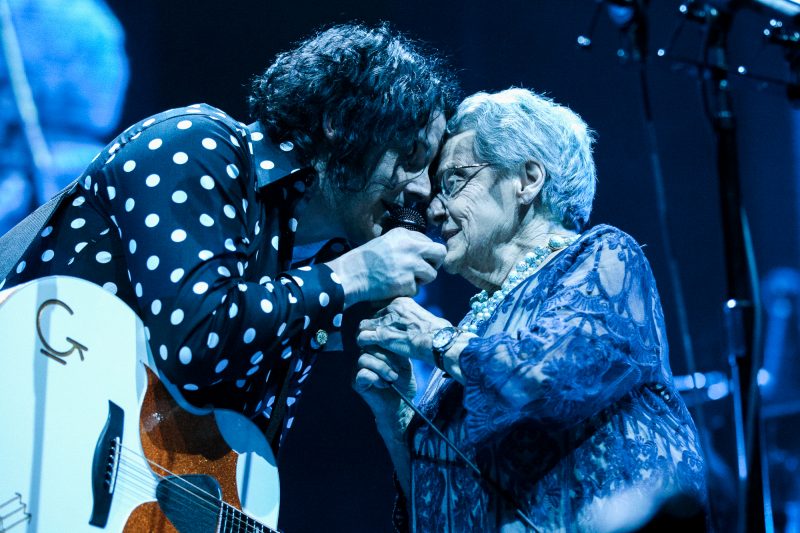 This week, Jack White kicked off his Boarding House Reach tour with a pair of hometown shows in Detroit. Midway through Thursday night’s gig, White invited a very special guest to the stage: White’s mother, Teresa Gillis, joined her son to sing backing vocals and polka with him during his performance of The White Stripes’ “Hotel Yorba”, according to Billboard. Check out photos below via White’s website.

Also during the show, White traded in his polka button-down for a jersey of his high school alma mater, Cass Technical High School.