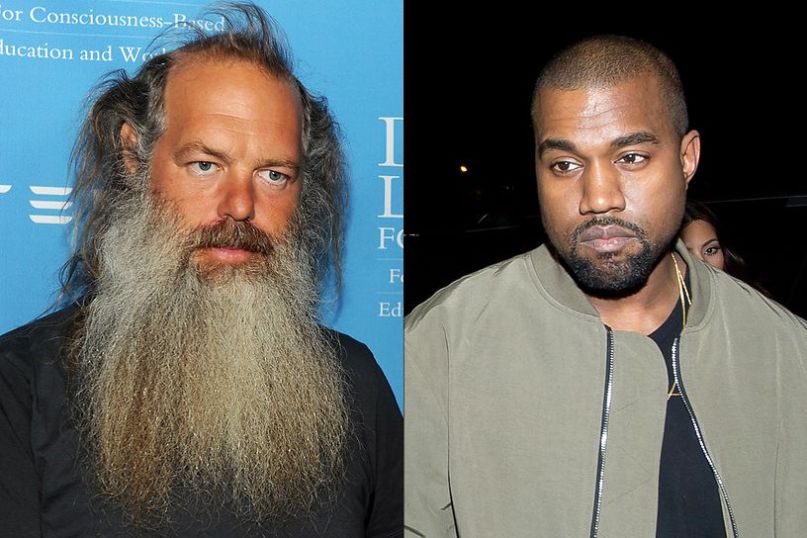 Last month, rumors surfaced that Kanye West was holed up at a resort in Wyoming for a mysterious recording session. Now, Czech paparazzi site Profimedia has shared further evidence that the Chicago rapper-producer is hard at work on his follow-up to 2016’s The Life of Pablo. On Sunday night, Kanye was spotted meeting with legendary producer Rick Rubin at Kanye’s Calabasas office. This may seem trivial, but as one commenter on Reddit aptly put it, “You don’t bring your aunt to the studio to listen to something half finished. You bring her to the studio to show her your nearly complete masterpiece.”

Rubin, of course, served as the executive producer of Kanye’s last two albums. For 2013’s Yeezus, he played a key role in stripping down its sound and reportedly convinced the MC to cut the LP down from its 16 original tracks to the final 10.

In mid-March, Kanye and his wife Kim Kardashian West reportedly stayed at the resort town of Jackson, Wyoming for at least a week. They were joined by a number of past Kanye collaborators, including Kid Cudi, Nas, Travis Scott, King Louie, The-Dream, and producer Mike Dean. A report from E! News claimed Kanye was working on new music and wanted to drop the material soon.

“Kanye loves to escape to Wyoming to record his music because it is peaceful and he can lock up and really focus on getting tracks done,” an unnamed “insider” told E! “He thinks by being at the mountains, he doesn’t have many distractions and can have a more clear sense of direction for his music. That is why he usually escapes there when he is in the zone to get things done.”

Kanye previously sought refuge in Wyoming in May 2017. At the time, it was reported that he had spent several weeks at an undisclosed retreat working on music. Last summer, Kanye and Cudi turned up at the Tokyo art studio of Takashi Murakami, leading to speculation of a joint project that never materialized. With all these meet-ups, it’s worth noting that G.O.O.D. Music rapper CyHi The Prynce recently claimed Kanye would be serving as the sole producer on the next album of every artist on the label. Still, it’s hard not to get excited about the return of Yeezy season.