Plus, watch the video for their first single, "Curse of the Contemporary" 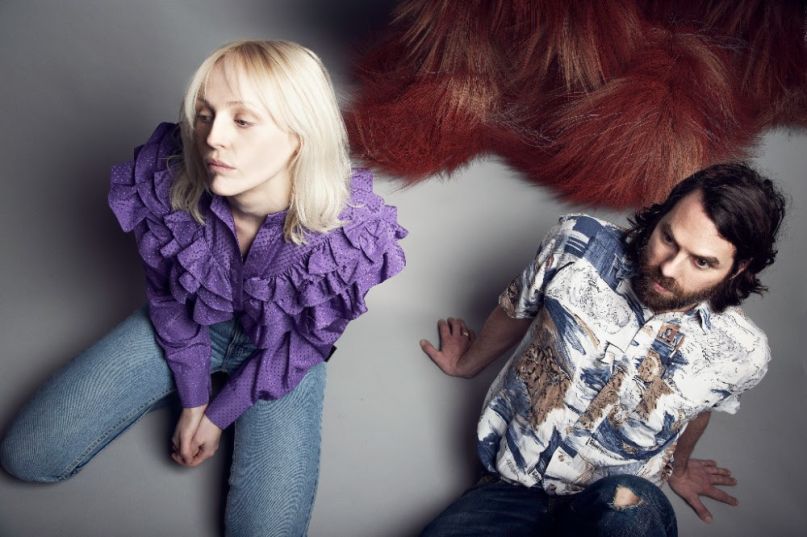 Laura Marling gave us one of 2017’s best albums in Semper Femina, but already she’s back and prepping to release a follow-up. The forthcoming full-length is called LUMP and marks the first collaboration between Marling and Mike Lindsay, founding member of Tunng and Throws. Together, they go by the name LUMP.

Their debut LP was recorded in Lindsay’s London studio and has a June 1st release date through Dead Oceans. Lindsay handled the music while Marling was in charge of the lyrics and vocals. Per a press release, Marling’s contributions are described as “a bizarre but compelling narrative about the commodification of curated public personas, the mundane absurdity of individualism, and the lengths we go to escape our own meaninglessness.”

As a first listen, LUMP have shared a single called “Curse of the Contemporary”, as well as its corresponding music video. Director Esteban Diacono commented on the imaginary clip:

“For me it was very important that this video was respectful of the spirit of Laura and Mike’s collaboration. I wanted to create a video that was joyful and interesting while at the same time retaining an innocent and tender overall vibe. I also wanted to touch on some of the topics that were important to Laura’s lyrics, but under a different look. Visually, I took inspiration from the idea of California as a Dream Factory, from the idea of big movie sets that could transform themselves, give shape and colour to dreams and spark the imagination.

Marling and Lindsay also have a few LUMP tour dates lined up in the UK.