In addition, the Mexican garage punk outfit is touring with Hot Snakes 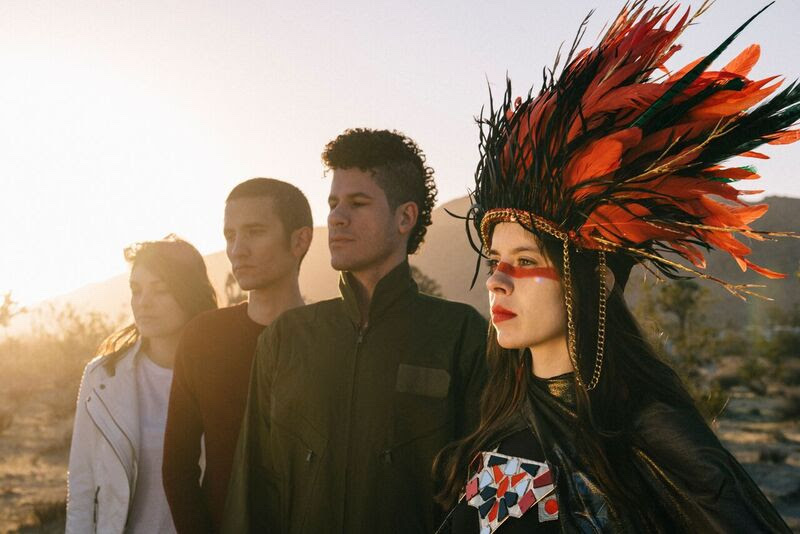 It’s been almost three years since Le Butcherettes put out their last album, A Raw Youth. That may change soon, however, as they have just signed on with Rise Records. Additionally, the Mexican garage punk band has dropped a new single.

Titled “spider/WAVES”, it’s a cut that’s both fiercely assertive and ominous, with lead singer Teri Gender Bender’s vocals leading the way. “Lyrically, it’s like this big delicious spider has its wave,” she noted of the track in a press statement. “In a way, we’re all caught in it. This thing wants to devour as much as it can, but you have to make sure you’re okay. You’re trying to protect yourself from something that wants to get in.”

The single was produced by Talking Heads member Jerry Harrison, who’s previously worked with Violent Femmes and No Doubt. It comes packaged with a Noun-directed music video as well, in which Teri Gender Bender can be seen wearing a Chichimeccan warrior outfit in honor of her grandmother.

Next month, Le Butcherettes are scheduled to tour parts of the US alongside Hot Snakes.