A limited allotment of 2,500 GA passes and 100 VIP passes will be made available 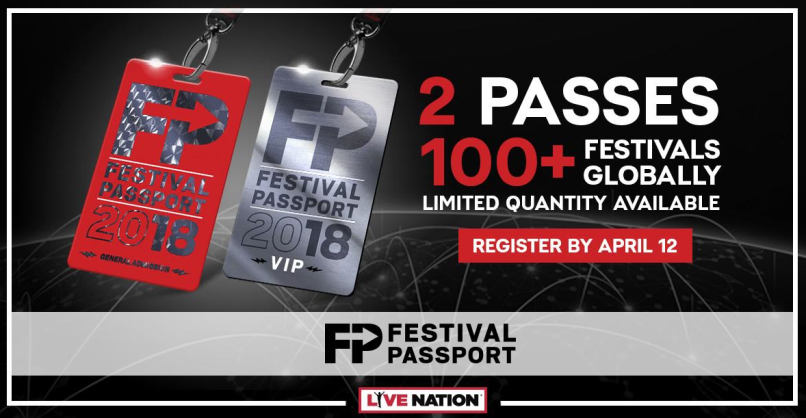 Live Nation launched its Festival Passport program last year, granting fans access to nearly all of the company’s festivals around the world for one flat fee. Now, the ticketing and events giant has announced the 2018 Passport, including a new price point and a VIP option.

Either pass will grant the owner access to any of over 100 participating festivals worldwide, including Bonnaroo, Austin City Limits, Rock Werchter, Governors Ball, Sasquatch!, and Lollapaloozas in Germany, France, and the US.  New additions to the roster include Australia’s Sydney City Limits, China’s Creamfields, UAE’s RedFestDXB, Poland’s Impact Festival, and the UK’s Edinburgh Summer Sessions. A full list of participating festivals from April 2018 to April 2019 can be found here.

Fans wanting their chance at a Festival Passport will have to pre-register through Ticketmaster’s Verified Fan platform. Registration is open now through April 12th at 11:00 PM ET/10:00 PM CT, and you can sign up here. An on-sale begins April 17th at 8:00 am EDT; all Festival Passports sold out in under 24 hours last year, so make sure to get in there early if you want your chance.

Once you have your Passport in hand, you’ll need to email IntlFestivalConcierge@LiveNation.com for international festivals or FestivalConcierge@LiveNation.com for US festivals at least two weeks prior to an event to reserve your spot. Camping is generally not included with the exception of events listed here for the GA tier or here for the VIP tier.