Meek Mill has been released from prison 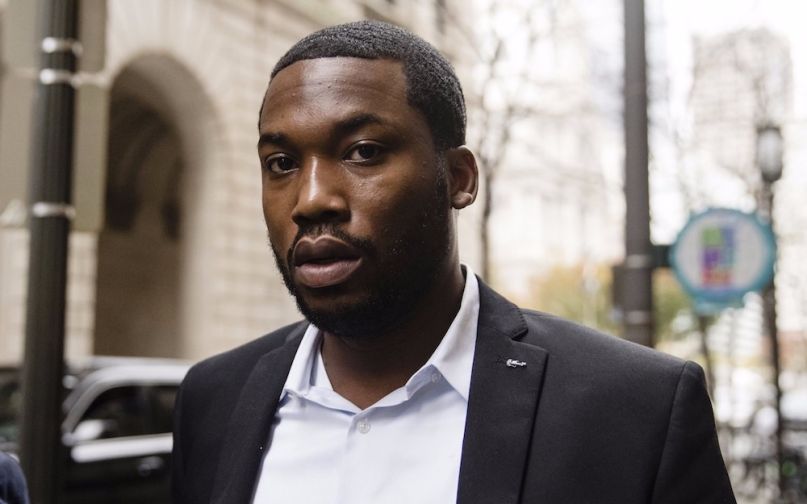 Meek Mill has been released from prison, according to Billboard.

In November, the 30-year-old rapper was sentenced to two-to-four years in prison after Judge Genece Brinkley determined that he was in violation of his probation. Mill’s attorneys said the sentence was unjust and accused the judge of showing “enormous bias” against the rapper. They alleged Judge Brinkley of making inappropriate demands in private, including requesting that Mill give her a shout-out in a song and requesting that he leave his management at Roc Nation in favor of Philadelphia music figure Charlie Mack, of who she was an associate. The FBI subsequently launched a probe into the allegations.

Beyond the alleged misconduct of the judge, Mill’s sentencing was seen as emblematic of the country’s broken criminal justice system and its unfair treatment of black adult men. In an op-ed published to the New York Times, JAY-Z argued that Mill’s case was “just one example of how our criminal justice system entraps and harasses hundreds of thousands of black people every day.” Specifically, JAY-Z took issue with probation, or as he called it, “a land mine, with a random misstep bringing consequences greater than the crime. A person on probation can end up in jail over a technical violation like missing a curfew.”

In Mill’s case, his probation stemmed from an 11-year-old case. The charges that led to his “violation” were minor in nature — he was arrested for popping a wheelie on a motorcycle on the set of a music video — and were later thrown out. What’s more, both the prosecutor and the parole officer recommended no additional jail time for Mill. Judge Brinkley disagreed, however, unilaterally deciding Mill’s actions warranted a minimum of two years in prison. Even after the allegations of misconduct surfaced, the judge refused to recuse herself from the case and denied Mill’s repeated requests for bail, saying he was “a danger to the community.”

Fortunately, on Tuesday the Supreme Court of Pennsylvania overturned Brinkley’s decision, citing questions regarding the credibility of the officer who original arrested Mill in 2007, according to TMZ. The court also noted that prosecutors were not opposed to Mill’s release.

Upon his release, Mill shared the following statement:

“I’d like to thank God, my family, my friends, my attorneys, my team at Roc Nation including JAY-Z, Desiree Perez, my good friend Michael Rubin, my fans, The Pennsylvania Supreme Court and all my public advocates for their love, support and encouragement during this difficult time.”

“While the past five months have been a nightmare, the prayers, visits, calls, letters and rallies have helped me stay positive.”

To the Philadelphia District Attorney’s office, I’m grateful for your commitment to justice – not only for my case, but for others that have been wrongfully jailed due to police misconduct. Although I’m blessed to have the resources to fight this unjust situation, I understand that many people of color across the country don’t have that luxury and I plan to use my platform to shine a light on those issues. In the meantime, I plan to work closely with my legal team to overturn this unwarranted conviction and look forward to reuniting with my family and resuming my music career.”