“First time in a long time, live on stage. No rehearsal” 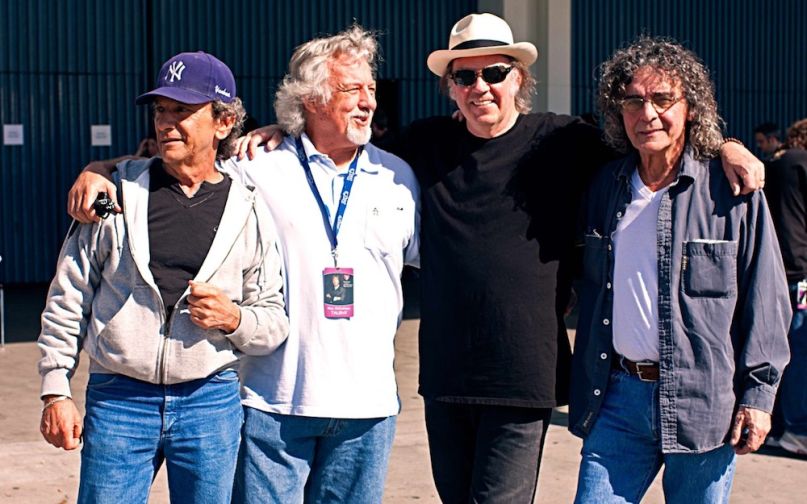 Neil Young is reuniting with Crazy Horse to play a pair of unrehearsed shows in Fresno, California next month. “First time in a long time, live on stage. No rehearsal,” Young wrote on his official website.

As Jambase notes, Neil Young and Crazy Horse last played live on July 7th, 2014 at Laugardalshöllin in Reykjavík, Iceland with a lineup consisting of Ralph Molina, Frank “Poncho” Sampedro, Dorene Carter, YaDonna West, and the late Rick Rosas standing in for Billy Talbot, who was recovering from a stroke.

It’s unclear who will be accompanying Young this time around, but former member Nils Lofgren tweeted that he’s “jumping back in” with the group. Back in 2016, Young told Rolling Stone that Crazy Horse “has a huge future” that included Talbot. The band’s last studio album was 2012’s Psychedelic Pill.

Update: The Crazy Horse lineup will consist of Young, Talbot, Molina, and Lofgren. Jonathan Richman will open the upcoming shows.

“Life is an unfolding saga,” Young said in a statement. “A few months ago we started talking about playing some remote clubs and getting our feet wet again.” He added, “Come and see us if you can as we approach our 50th year as a band. I think it will be the beginning of another beautiful chapter in our long, enriching and life changing Crazy Horse story.”

The shows take place at Warnors Theatre on May 1st and 2nd. Tickets are available here.