Ament will drop his debut record, Heaven/Hell, in the coming months 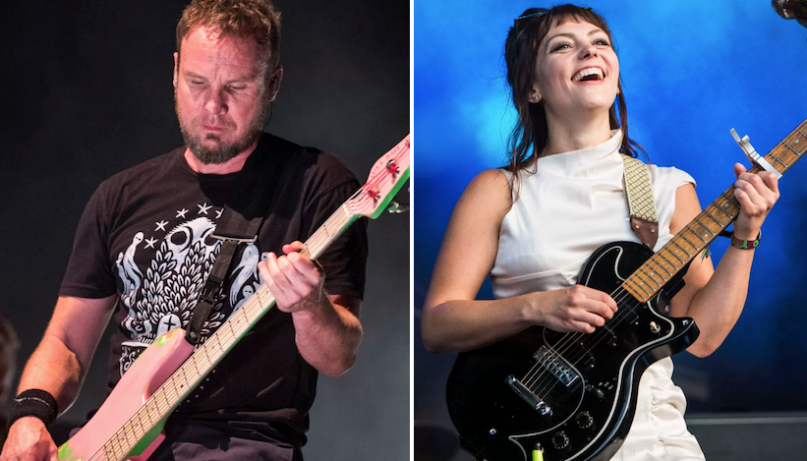 Pearl Jam bassist Jeff Ament has a new solo project he’s simply calling Ament. According to a note posted on PJ’s website, Ament plans to release a debut album called Heaven/Hell in the near feature, though no specific timeline has been given. What has been shared, however, is thee the first track, an experimental rocker called “Safe in the Car”.

The song features Angel Olsen, whom Ament said had one of his favorite records of 2017, on backing vocals. “Safe in the Car” is a strange bit of alternative, the verses progressing with a Primus-like stalk until the choruses break with a sort of haunted beauty. Pearl Jam members Mike McCready and Matt Cameron respectively provide guitar and drums for the track, and you can check it out via Apple Music or Spotify.

Pearl Jam are gearing up for their own new release, a follow-up to 2013’s Lightning Bolt. They shared the yet-unannounced new album’s lead single, “Can’t Deny Me”, back in March.

“Safe in the Car” Artwork: