Kanye decides against running against Donald Trump, whom he "loves" 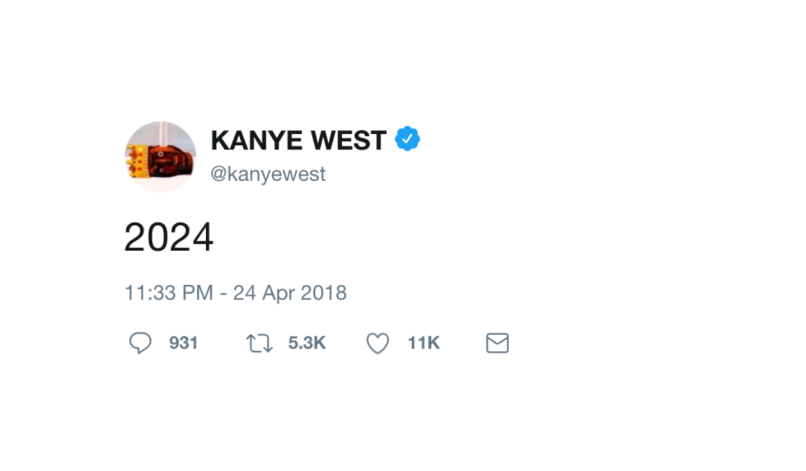 Kanye West previously expressed an interest in running for president in 2020, but after striking an unlikely friendship with Donald Trump, the hip-hop eccentric has opted to delay his candidacy. “2024,” proclaimed Kanye in a tweet posted Tuesday night.

While the prospect of a Kanye presidential run may seem absurd, the GOP has already shown a willingness to rally around a narcissistic political outsider with serious baggage and no prior experience. Plus, Kanye has influential conservative media figures like Alex Jones and Bill O’Reilly fawning over his recent tweets expressing admiration for right-leaning thinkers Candace Owens and Dilbert creator Scott Adams. So, yeah.

In the meantime, Kanye will seemingly focus his efforts on writing a philosophy book in real time. He’s also weeks away from dropping five new albums: a solo LP and a collaborative record with Kid Cudi in addition to releases from Nas, Pusha T, and Tenaya Taylor, all of which he produced himself.