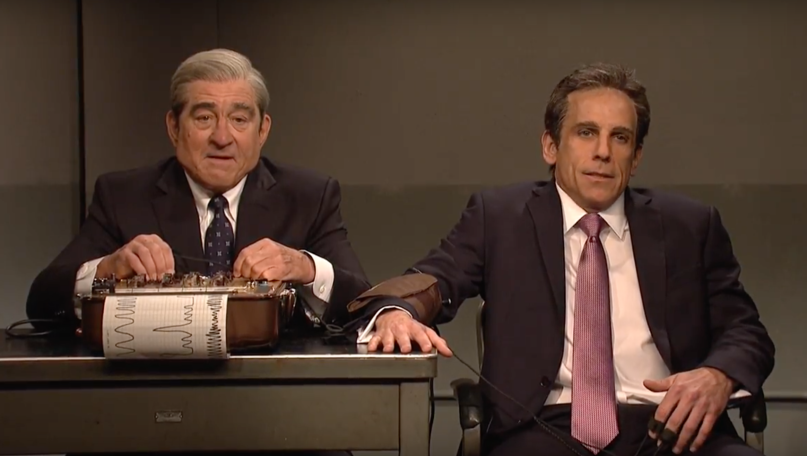 Ben Stiller and Robert De Niro made surprise appearances during the show’s cold opening, playing Trump’s disgraced personal attorney Michael Cohen and special counsel Robert Mueller, respectively. In the sketch, Stiller’s Cohen is subjected to a polygraph test, and in a nod to the actors’ past collaboration, there were several call backs to the similarly iconic scene in Meet the Parents. Watch it below.