It's the rapper/producer's first film composing gig since 2002 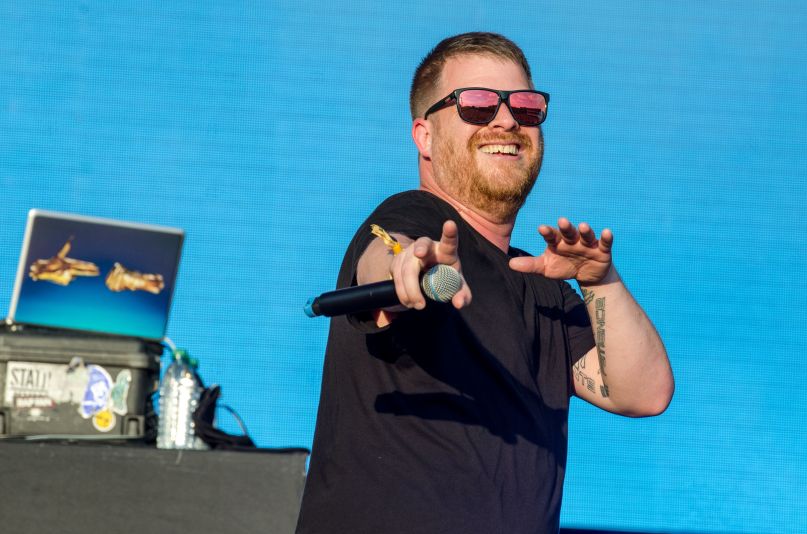 A few years ago, we heard that radioactive filmmaker Josh Trank, who’s been in Hollywood’s dog house since bungling 2015’s Fantastic Four, was developing an Al Capone biopic called Fonzo with Tom Hardy. Since then, the project’s picked up an impressive supporting cast in Matt Dillon, Linda Cardellini, and Kyle MacLachlan, and now Trank’s added an exciting composer in Run the Jewels’ El-P.

Trank is apparently a huge fan of the rapper/producer. “Since I was fourteen years old, El-P’s music has been one of the most important creative influences in my life,” he said in a statement. “There’s literally no greater honor for me than to collaborate with him today and bear witness to this next stage of his artistic journey.”

El-P’s music, whether under his moniker, the Run the Jewels name, or under his give name (Jaime Meline), has been featured in a number of films. Last year, he even earned a Grammy nom (and a spot on our Top Songs of 2017 list) for his contribution to the Baby Driver soundtrack with RTJ and Big Boi, “Chase Me”. However, this will be his first time composing a full-length feature since 2002’s Bomb the System.

El-P celebrated the news by posting a pair of photos on Twitter, including one where he “arguably look[s] more handsome than Tom Hardy in,” as the actor is in Capone makeup.

cats out the bag. i’m scoring FONZO. psyched to get the chance to do this shit. in celebration, here’s the only picture i can possibly say i arguably look more handsome than tom hardy in. thanks to everyone involved for giving me this opportunity to get weird. pic.twitter.com/wSKZD32KD5

A synopsis of Fonzo reads thusly:

“A ruthless businessman and bootlegger who ruled Chicago with an iron fist, Al ‘Fonzo’ Capone (Hardy) was the most infamous and feared gangster of American lore. At the age of 47, following nearly a decade of imprisonment, dementia rots Capone’s mind and his past becomes present as harrowing memories of his violent and brutal origins melt into his waking life.”