In not-so-groovy news, Bruce Campbell's epic battle with the undead comes to an end 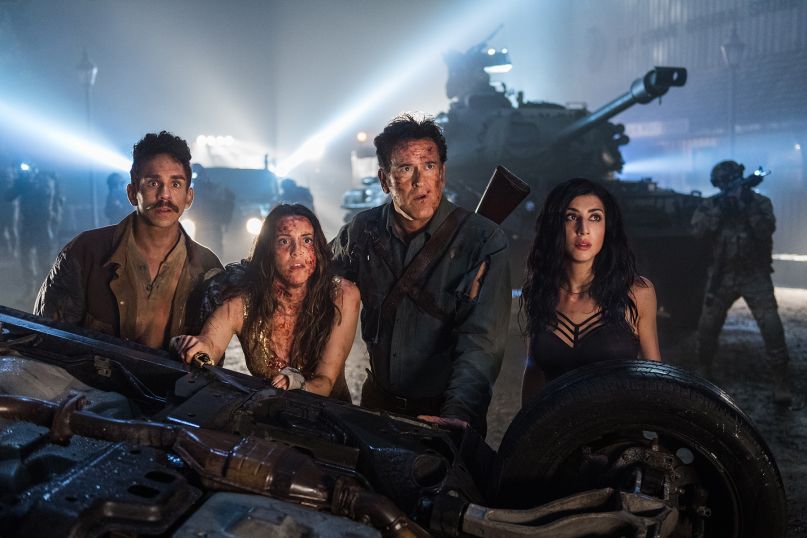 Sad news for the Ghost Beaters: Starz has canceled Ash Vs. Evil Dead.

The network’s decision had been haunting the series long before the epic third season began back in February, but now it’s official, according to The Hollywood Reporter. Bruce Campbell, who’s been hinting at such a fate since last fall, spoke to the publication and released an official statement:

“Ash vs. Evil Dead has been the ride of a lifetime. Ash Williams was the role of a lifetime. It was an honor to reunite with Evil Dead partners Rob Tapert and Sam Raimi to give our tireless fans another taste of the outrageous horror/comedy they demanded. I will always be grateful to Starz for the opportunity to revisit the franchise that launched our careers.”

He’s got a point: For years, fans of the franchise pined for a fourth Evil Dead film, so the fact that they were able to get three seasons’ worth of a story is pretty unbelievable. What’s more, the series gave the mythology some extraordinary heroes and villains, from Dana DeLorenzo’s Ash-rivaling Kelly Maxwell to Lucy Lawless’ multi-faceted Ruby Knowby.

Sadly, it all ends on Sunday, April 29th, though apparently not without one hell of a bang. In our recent interview with Campbell, he hinted at a “big payoff,” insisting, “It’s everything we’ve built up to. Hopefully the audience will go, ‘Fuckin’ A-right, Ash. Fuckin’ A-right.’ You know? Ash is gonna prove his stuff, man. This is it. This is the final showdown.”

Well, there you have it.