State of the Empire Episode 51: We’ve Got a Good Feeling About This! The Solo Official Trailer & Denny’s Solo Menu 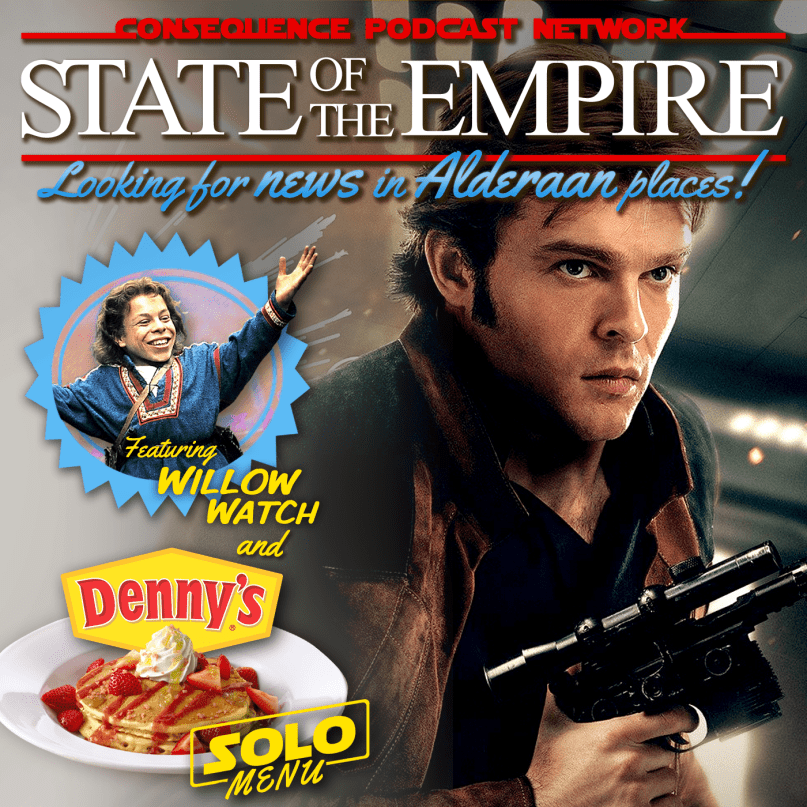 There’s a lot to #Solobrate right now. We’ve got a new Solo: A Star Wars Story trailer and in Denny’s across America, galactic gourmands can treasure the taste of the the inner rim.

But are these Co-Reactor Pancakes drizzled with as many shocking revelations about the forthcoming film as the juicy new tidbits from the trailer? What even is a “co-reactor”? Surely these edible tributes to the exploits of Han, Chewie, and Lando have some Star Wars secrets smuggled into them. We review Denny’s entire six-course feast du Solo, dissect the latest trailer, and dig deep into the new movie’s marketing and merchandising for character reveals and clues of what’s to come. We’re still braced for disaster, but like Han said, we’ve got a good feeling about this.