Coinciding with a pair of big gigs in the UK this summer, including Metldown Festival 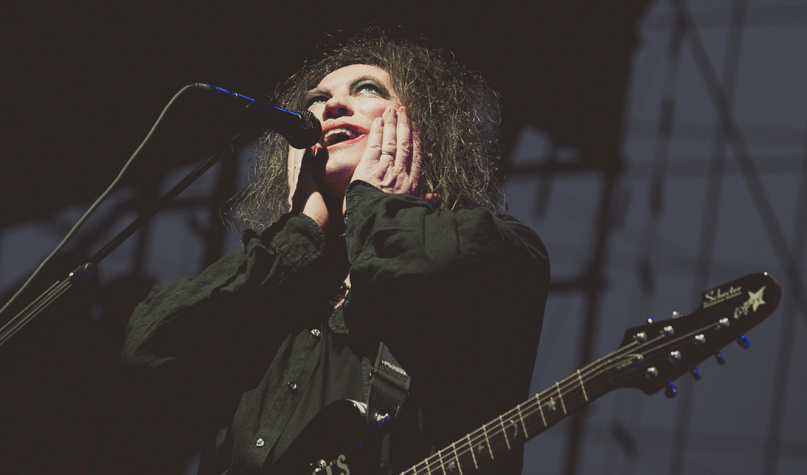 This year marks The Cure’s 40th anniversary as a band. Frontman Robert Smith had some big things planned in celebration, starting in June with London’s Meltdown Festival, of which Smith himself is curating. Excitingly enough, it seems the time Smith spent putting together the festival inspired him to create his own new music, and he’s since “booked studio time for the band.”

“I’ve suddenly fallen in love with the idea of writing new songs,” Smith explained in a new interview with BBC 6 Music (via Pitchfork). The Cure’s last new recording came in the form of a cover of The Beatles’ “Hello Goodbye”, which was released on a Paul McCartney tribute album in 2014. Prior to that, their most recent studio output came via their 2008 album, 4:13 Dream.

Smith has also announced that The Cure will headline the final day of Meltdown Festival on June 24th. Rather than play a traditional set, however, the show will feature “interpretations of Cure songs” with “different configurations of people on stage,” including Smith solo.

Previously announced acts include Nine Inch Nails, My Bloody Valentine, Deftones, Placebo, Manic Street Preachers, The Libertines, Mogwai, The Psychedelic Furs, The Church, Kristin Hersh, The Notwist, and Mono. Speaking of the lineup as a whole, Smith remarked in a statement, “I have finally figured out my Meltdown festival psychedelic puzzle… and it really is just like heaven… ten delirious June days at London’s Southbank Centre await!”

Now in its 25th year, Meltdown Festival takes place at London’s Southbank Centre, the arts complex covering 21 acres and including the Royal Festival Hall, the Queen Elizabeth Hall and The Hayward, from June 15th-24th, 2018. More information, including ticketing details, can be found here.

They’re also releasing a pair of remix albums for Record Store Day (April 21st): a deluxe vinyl reissue of 1990’s Mixed Up, and a new 16-track collection called Torn Down (Mixed Up Extras).