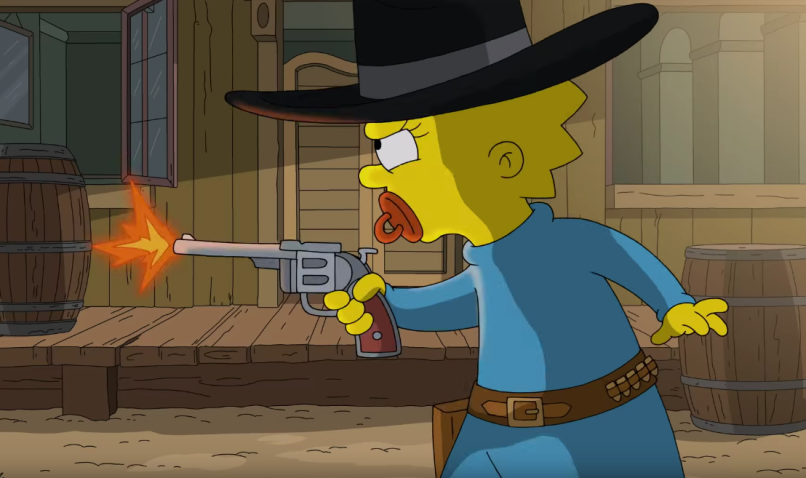 Move over, Gunsmoke, there’s a new sheriff in town. On Sunday night, The Simpsons surpassed the Western series as the longest-running prime-time scripted series in TV history.

The Simpsons already superseded Gunsmoke for most seasons when the beloved Fox cartoon ran its 21st season in 2009. Now in the middle of its 29th season, episode No. 636 of the show aired on Sunday, snatching another title from the previous champion, which delivered 635 episodes between 1955 and 1975. The Simpsons will make challenging its crown even harder, as there are another three episodes left this year and it’s already been renewed for season 30.

To celebrate the landmark, the iconic opening sequence of the show has been redone in the style of Gunsmoke. The video opens with Marshal Matt Dillon himself confronting young Maggie Simpson. “Can’t let you do it,” he warns. “Can’t let you break my record.” Maggie’s faster on the draw, though, and the rest of the opening plays out as an homage complete with Gunsmoke’s theme and character portraits.