Julian Casablancas and The Voidz share new song “Coul As A Ghoul”: Stream 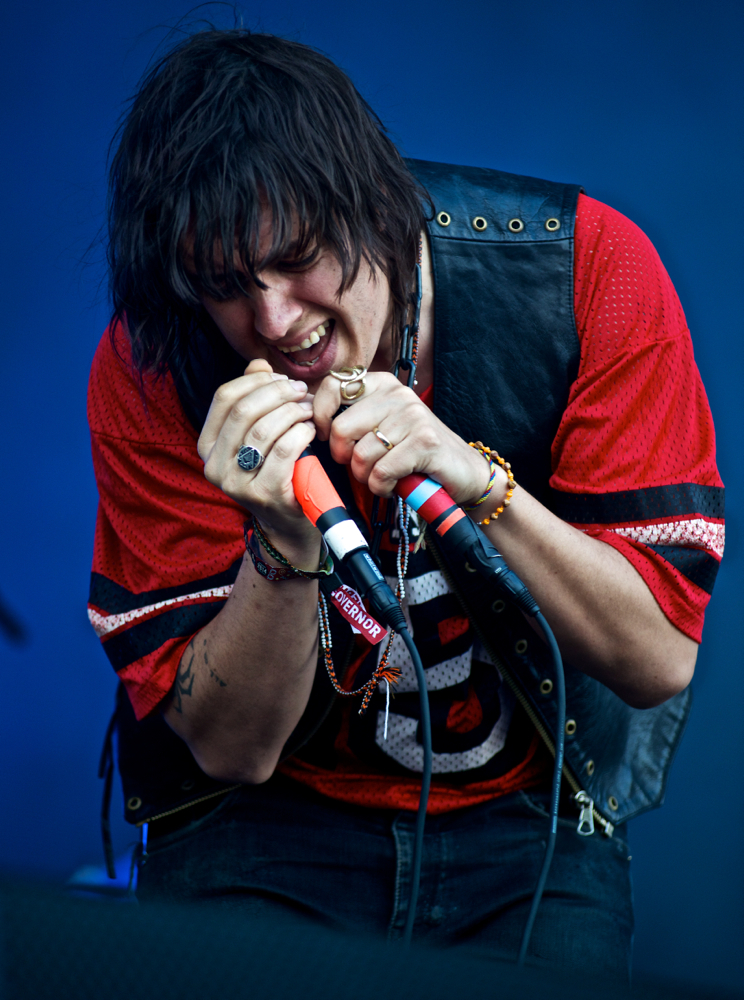 Right on the heels of the release of their sophomore album, the bizarro, 15-track Virtue, Julian Casablancas’ experimental rock outfit The Voidz have released yet another new single.

Called “Coul As A Ghoul” (yes, the spelling is intentional), the fuzzy, propulsive track comes courtesy of Adult Swim’s single series, and the Casablancas’ menacing, affected vocals coupled with the cut’s scrim of scuzz give it the feel of an Incesticide-esque Nirvana track, or at least an In Utero deep cut. Well, except for the curious spoken word interlude, which proclaims 2018’s “warmonger of the year” as, *gasp*, you. Check it below:

[Read: The Voidz Don’t Give a Fuck What You Think)

“Coul As A Ghoul” is the B-side to the band’s upcoming “QYURRYUS” 7-inch, which will hit shelves this Saturday as part of Record Store Day.

They’ll also be playing simultaneous residencies this summer at Philadelphia’s Boot & Saddle and Brooklyn’s Elsewhere. The first two dates on the Brooklyn residency have already sold out. Check out the dates below.