Thom Yorke performs a capella version of “The Gloaming” in Argentina: Watch 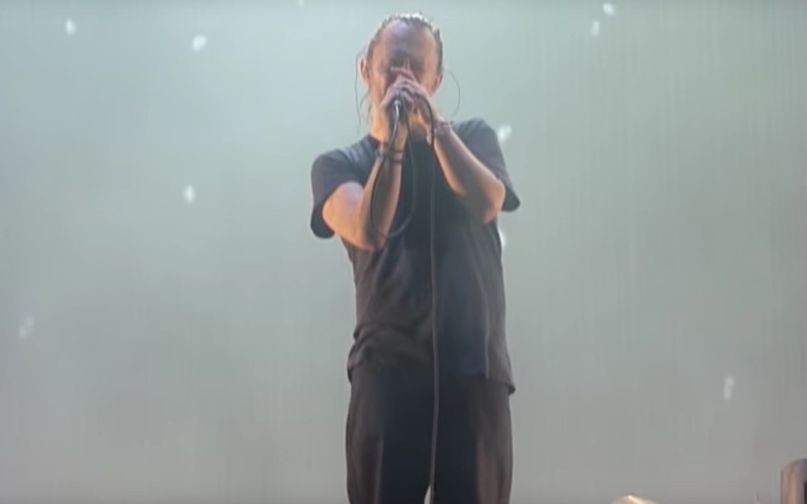 Thom Yorke giving an a capella performance of "The Gloaming"

It’d been over nine years since Radiohead had played Argentina before their appearance at Soundhearts Festival on Saturday, so fans were understandably excited to see their favorite group live. Things got a little out of hand midway through the set, however, when a broken safety rail forced the band to halt their performance. While security sorted out the issue, Thom Yorke decided to put his soothing voice to use.

The Radiohead singer went into an a capella rendition of the Hail to the Thief track “The Gloaming”, which seemed to successfully calm the crowd down. Although it took security another ten minutes or so to fix the barrier, the audience demonstrated much more patience during the remainder of the process. Watch fan-shot footage of the a capella performance below.

Check out a longer clip of “The Gloaming” performance, including the interruption, below.

After wrapping up more South America dates this month, Radiohead will hit the road for a North American arena tour in July. In between, Yorke has mapped out a 12-date European solo tour featuring shows in Berlin, Amsterdam, London, and Paris.