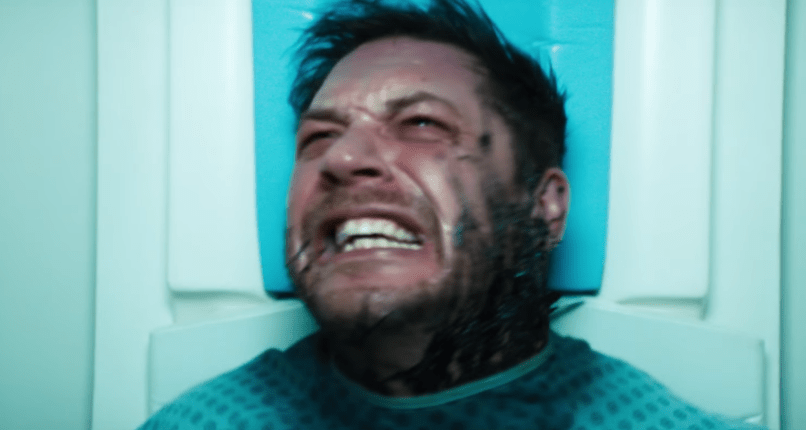 Sony’s long-gestating Venom movie has received its first full-length trailer ahead of the film’s release later this year. Watch it below.

Directed by Ruben Fleischer (Zombieland), the film stars Tom Hardy in the titular role, along with Michelle Williams, Jenny Slate, Riz Ahmed, and Woody Harrelson. Based on the trailer, it appears Fleischer and co. have attempted to stick close to Venom’s comic book roots while changing everything about him. There are little tweaks, like making Hardy’s Eddie Brock a reporter instead of a photographer. And then there are bigger ones, like having Brock break into the Life Foundation to be attacked by a symbiote-infected patient instead of gaining the Venom suit as Spider-Man’s runoff. Considering Spidey will not appear in the film, it’s hard to say if Hardy’s nebbish portrayal of Brock and a deep, growling inner dialogue are enough to make a movie about Spidey’s greatest villain convincing, but at least the last few seconds of the trailer reveal we’ll get a better character design than Spider-Man 3.

Venom is set to arrive in theaters on October 5th, kicking off Sony’s own, Spider-Man-centric Marvel Universe. Future films in the works include Silver and Black (about Silver Sable and Black Cat), Nightwatch (with Spike Lee eyeing to direct), and Morbius: The Living Vampire.

Previous Story
Patti Smith joined by Bruce Springsteen, Michael Stipe in NYC: Watch
Next Story
Quentin Tarantino says his next film, Once Upon a Time in Hollywood, is “the closest to Pulp Fiction that I have done”
Popular
More Stories
[fu-upload-form form_layout="media" title="Submit Your Photo"][input type="hidden" name="ugc" value="1"][/fu-upload-form]