Tool share new photos, video from inside the studio 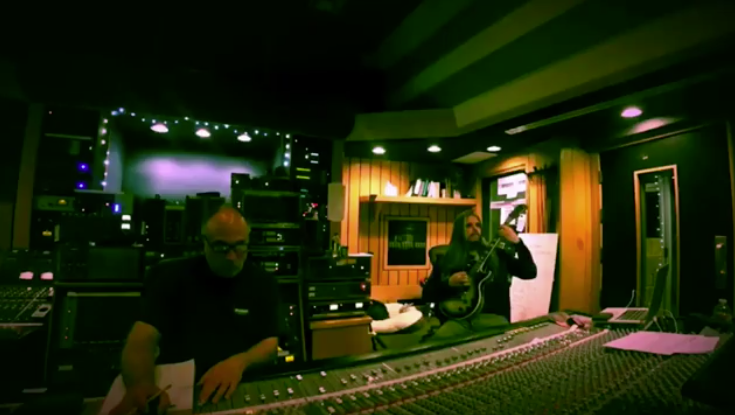 Tool in the studio recording their new album

Tool had some fun with their fans for April Fool’s Days. For the second year in the row, Maynard James Keenan cracked a joke about bringing in Sammy Hagar to assist in their new album’s recording process. In another Facebook post, Tool post a screen grab of a video of the band inside the studio (as it was a screen grab, there was nothing actually to play).

It wasn’t all fun and games, however, as Tool did offer a few actual looks of the band recording their long-awaited new studio album. The band’s website shared seven in-studio photos, including images of drummer Danny Carey, guitarist Adam Jones, and bassist Justin Chancellor tracking music.

Further in-studio footage came from Jones’ own April Fool’s joke. Ok ~ Here’s a new #Tool song* Just recording the Drums w guitar & bass scratch tracks. Don’t judge the sound – it’s not mixed yet,” Jones wrote of the video posted to his Instagram page. While the *song* amounted to a single guitar riff, the video did offer a pretty extensive look at the band’s studio setup and recording process.

The as-yet-untitled LP serves as the follow-up to 2006’s 10,000 Days. It’s being recorded in analog with engineer “Evil Joe Barresi.”