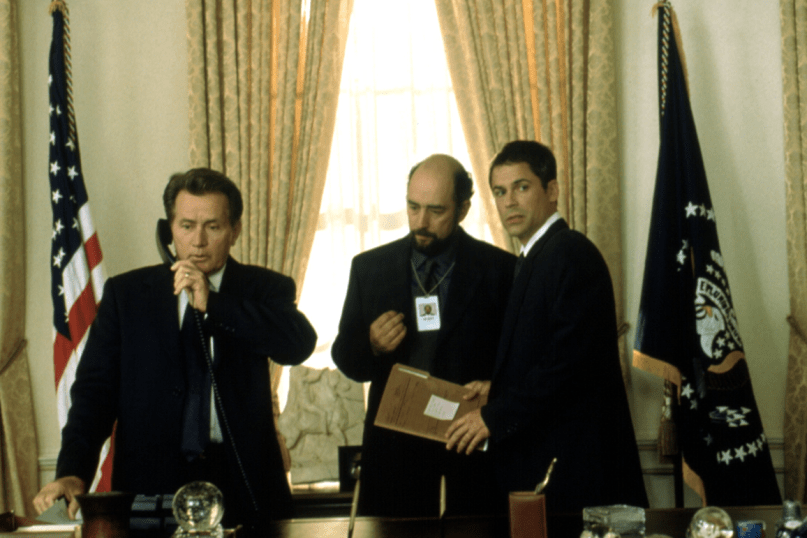 This week on TV Party, TV Editor Allison Shoemaker and senior writer Clint Worthington are joined by two of the show’s finest Cabinet members (Kate Kulzick and Caroline Siede) to kick off our new recurring segment on perfect, ambitious episodes of television, You Get Hoynes!

Of course, we couldn’t very well do this segment without celebrating the episode it was named after: The West Wing‘s spellbinding season two finale, “Two Cathedrals”.

From Martin Sheen’s bravura speech to God in the National Cathedral to the flashbacks of young Jed Bartlett’s relationship with the recently-passed Mrs. Landingham, it’s a masterful hour of Peak Aaron Sorkin television we take great pleasure in discussing in detail — presumably while continuously walking down the halls of CPN Studios.

Along the way, Allison and Clint also provide a snippet of their interview with young Mrs. Landingham herself, Kirsten Nelson. Take a listen!