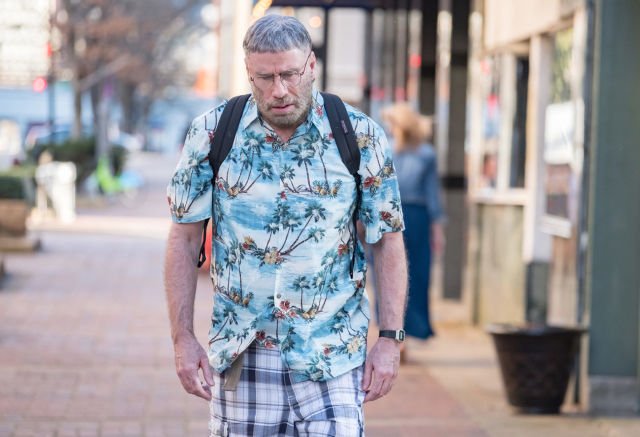 Now, we know y’all be lovin’ this shit right here: erstwhile Limp Bizkit frontman, onetime WWE video game bonus character, and periodic filmmaker Fred Durst has started work on his third feature, the upcoming action thriller Moose. In it, John Travolta steps into the shoes of an obsessive stalker, who fixates on an action star (Devon Sawa) and ultimately begins to tear the actor’s life apart. Presumably, Sawa will be dragged into Travolta’s world of he-said she-said bullshit, left highly likely to be leaving with a fat lip. (It’s also reportedly based on Durst’s own experiences with inappropriate fans.)

In getting into the headspace of a man who demands his way or the highway in all aspects of life, Travolta has severely dressed down for the role, adopting a Hawaiian shirt and one of recent cinema’s more thoroughly inexplicable hairpieces. For his part, Travolta has been publicly enthusiastic about his performance and his collaboration with Durst, stating that the shoot has been “Maybe my favorite experience I’ve had. [Durst is] so generous, and such an artist and he allowed me to create a character that no one else would allow, I mean, it’s really a wild character and I felt very free to do that.”

It’s unclear when Moose will see release, as Durst currently has the film in production. But as he affirmed in song some time ago, we can expect that he’ll keep the cameras rollin’ until principal photography is concluded.