Influences vary from Apocalypse Now and Shelley Duval to his local pawn shop and J.D. Salinger 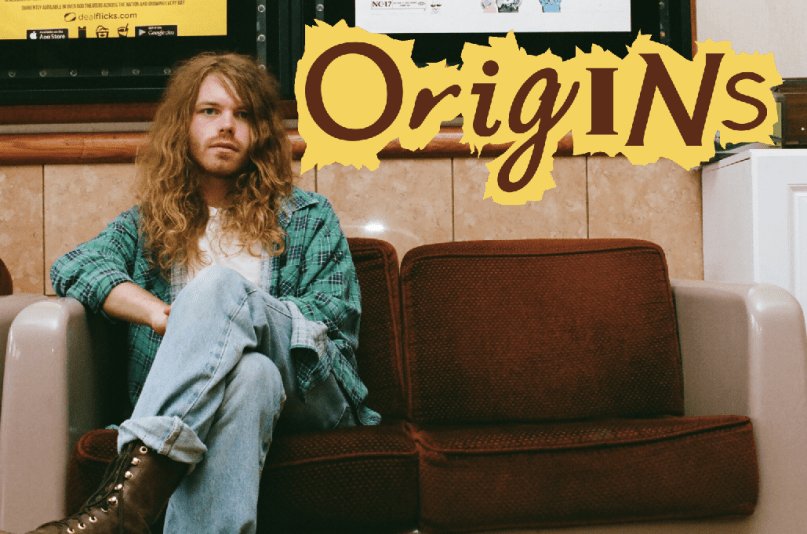 Origins is a recurring new music feature in which an artist reveals the various influences behind their latest single.

Arkansas native Jesse Welles, who performs as Welles, is just a few months from realizing the goal he set out to accomplish nearly three years ago. In 2015, he moved to Nashville to begin recording songs with famed producer Dave Cobb (Jason Isbell, Sturgill Simpson). On June 15th, the dedication and sacrifice Welles has put into his art comes to fruition with the release of his debut album, Red and White Trashes.

In anticipation of the long-awaited record, Welles has shared his latest single, “Rock N Roll”. Living up to its name with muscular guitar riffs and driving percussion, the track also reflects inspiration taken from the Beatles with its catchy pop songwriting. It also shows off Welles’ elastic voice, something that he describes as sounding like “burnt toast.”

“It’s an apathetic sigh — a realization that the system’s broke, the dream’s a nightmare,” Welles says about the song. “When you realize that after the war all you have left is culture. So go ahead — cover me in blood. You might as well, there’s plenty to go around in the hands and closets of politicians.”

For more insight into “Rock N Roll”, Welles has broken down the various inspirations behind the song. The influences range from Apocalypse Now and Shelley Duval to his local pawn shop and J.D. Salinger. Read on below.

Shelley Duvall on the set of The Shining:

I’ve always liked this image, if only for nostalgia’s sake. I have nostalgia for a period I wasn’t there for. If it looked like anything, I hope it looked mostly like this.

Franny is suffering a total and utter cataclysmic existential breakdown and decides screw the lot of it. It’s mostly a dialogue between a brother and sister, spanning geometry to philosophy, and the pointlessness of all of it. I’ve been reading it for a spell now, but at the time I wrote “Rock N Roll”, I think I had a copy with me most of the time.

I bought almost everything I had to record here at Mountain Man Pawn in Fayetteville, Arkansas. I saw a lot of my things go to this store as well. A love/hate relationship. Pawn shops are a great place to go to until you need to.

This is an adaptation of Conrad’s Heart of Darkness. It takes place in the jungles of Vietnam/Laos/Cambodia in the ’60s during the war. Rock and roll was shaped by this war, and our memories of it are held suspended in the soundtrack of that generation. Rock and roll is the voice of the dissenters, a voice against the war pigs. This movie sheds some light on the brutality that became mundane as the horror ground on through the lives of a generation. We see the effects today.

Beginning next month, Welles will hit the road alongside Rival Sons. Among the dates is a festival appearance at Shaky Knees. Check out the schedule below.