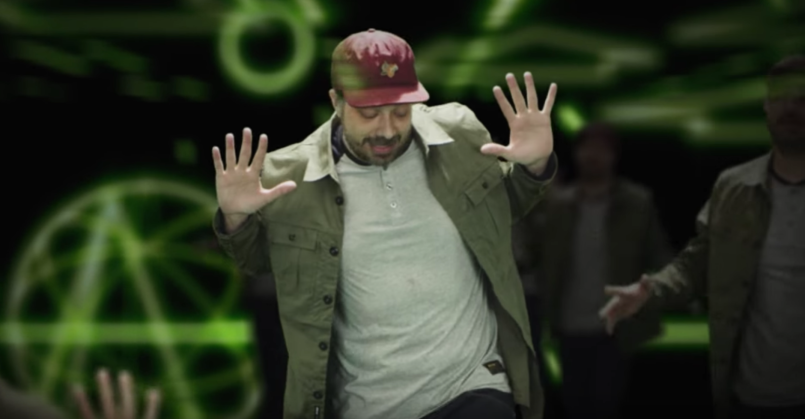 The last time we heard from Aesop Rock (né Ian Matthias Bavitz), he was sharing an excerpt from his first-ever score for the film Bushwick. Now the underground rapper has returned to his own work with a new single, “Klutz”, and a video thrown in for good measure.

“Klutz” bypasses anything resembling a traditional song structure. Instead, it’s a a seemingly endless stream of words, words, words, all stumbling across a thick bass line and a lackadaisical but relentless beat — a fitting showcase for the great, and often under-appreciated, lyricist.

In a statement, Aesop Rock shared some thoughts on the song:

“Occasionally song structure eludes me and it feels good. No problem-solving or pesky hit chorus, just rambling. ‘Klutz’ is such a moment. I had started a couple things to this beat before sacrificing it to the gods of not-shutting-up, but this seemed a fitting fate. I hope you enjoy it.”

The song comes to us via a simple video Aesop made with longtime collaborator Rob Shaw. In it, the camera floats between different versions of the rapper, each slightly out of sync with the others. Check out the clip down below.