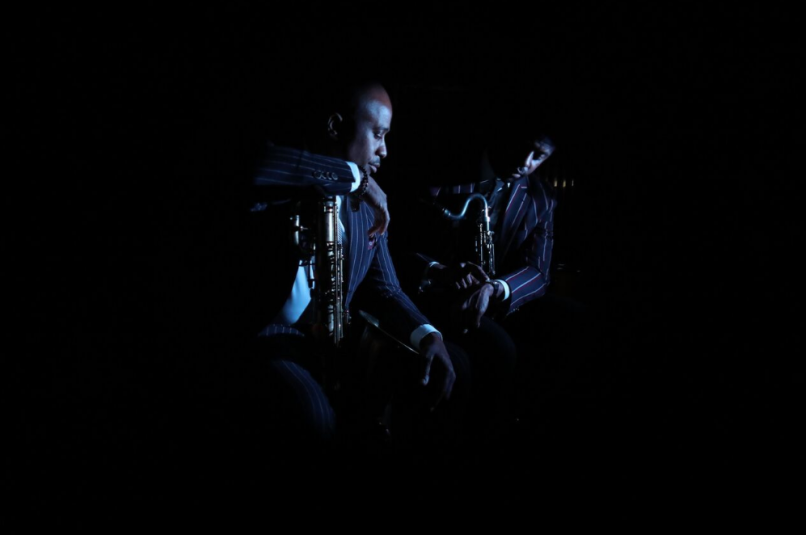 Ali Shaheed Muhammed (of A Tribe Called Quest) and Adrian Younge are two of the most respected composers in hip-hop. They first collaborated in 2013 on the Souls of Mischief album There Is Only Now before tackling the score for Marvel’s Luke Cage. Their work on that Netflix show actually postponed a project Muhammed and Younge had begun around the time There Is Only Now was released, but now they’ve finally finished what they started. Today, the duo has announced its self-titled debut album as the newly formed The Midnight Hour.

Due out June 8th via Linear Labs, The Midnight Hour is a guest-heavy affair described as “an ode to the cultural sophistication that the Harlem Renaissance established for its people.” The 20-track record explores the jazz, soul, and funk sounds that became the bedrock on which producers in the ’80s and ’90s built hip-hop. Muhammed and Younge gathered a jazz rhythm section and a full orchestra in the studio, as well as guest contributors including Raphael Saadiq, Marsha Ambrosius, Bilal, Eryn Allen Kane, Questlove, and more. There’s even a reimagining of Luther Vandross’ 1986 single “So Amazing” that reuses the original vocal stems.

As a first taste, The Midnight Hour have broken off “Questions”, featuring CeeLo Green. Astute listeners may think the composition feels familiar, and they’d be right: Kendrick Lamar heard an early demo of the song and wanted to sample it on To Pimp a Butterfly. The resulting track didn’t end up on the seminal album, though it did live on as the untitled unmastered. track “untitled 06 | 06.30.2014”. Take a listen to the fully realized version below.

Pre-orders for The Midnight Hour are now live. You can also hear more from Muhammad and Younge when Luke Cage Season 2 hits Netflix on June 22nd, featuring another score and more original music by the duo that promises “a lot of special surprises.”