A solo appearance ahead of Smashing Pumpkins' upcoming reunion tour 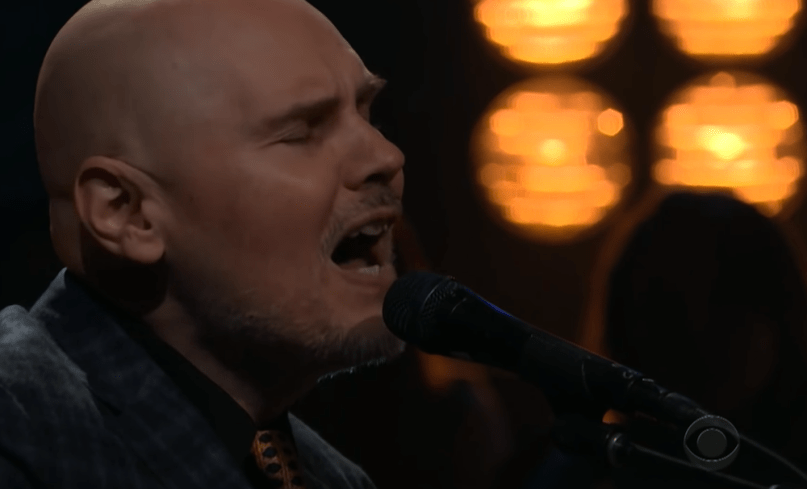 Billy Corgan on The Late Late Show with James Corden

This summer, the Smashing Pumpkins — err, that is minus D’Arcy Wretzky — are set to hit the road for their anticipated reunion tour. Ahead of that trek, Billy Corgan appeared on the Late Late Show with James Corden on Thursday to perform “Archer” from Ogilala, his stripped-down solo album from 2017.

Much like the record itself, the performance was an exercise in intimate storytelling. Set up like someone’s living room, the stage was dimly lit and sparsely decorated, save for a homey rug, while Corgan calmly strummed away on an acoustic guitar.

Although plans for the reunion tour are already set, there has still been plenty of talk regarding the dramatic fall-out between the Pumpkins bandmates (Corgan, guitarist James Iha, drummer Jimmy Chamberlin) and Wretzky. In March, Corgan was quoted as saying that bridge is burned “forever”; and in an interview with Metallica’s Lars Ulrich just yesterday, he said a reunion involving Wretzky would be “a shitty reality show.”