The rock biopic is due in theaters on November 2nd 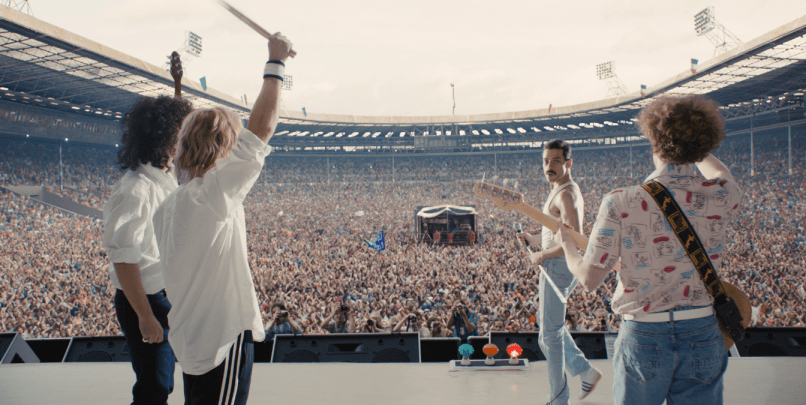 Bohemian Rhapsody, the long-awaited Freddie Mercury biopic starring Rami Malek, is finally set to hit theaters on November 2nd, 2018. In anticipation, the first trailer has been released. Watch it below.

The film was written by Anthony McCarten (The Theory of Everything) and focuses on a 15-year period from the formation of Queen and up to their performance at Live Aid in 1985, six years before Mercury’s death.

Bryan Singer was originally hired to direct the film, but was fired for being absent from the production on multiple occasions and clashing with the cast and crew. Dexter Fletcher (Eddie the Eagle) was brought in to complete filming and post-production.

Talk of a Freddie Mercury and Queen biopic persisted for at least a decade prior to Bohemian Rhapsody being formally announced. For years it was believed that Sacha Baron Cohen would play Mercury in a biopic, though he later distanced himself from the film, citing serious clashes with the original band members, who reportedly wanted to film a PG-rated movie which avoided the darker aspects of Mercury’s life. Several alternate versions were later floated, including one starring Sam Whishaw, though none were officially announced until earlier this summer. Ultimately, surviving Queen members May and Taylor landed on Malik, famous for his role on Mr. Robot, to play the band’s late singer.