Thankfully, the adventures will continue this fall with season six on NBC 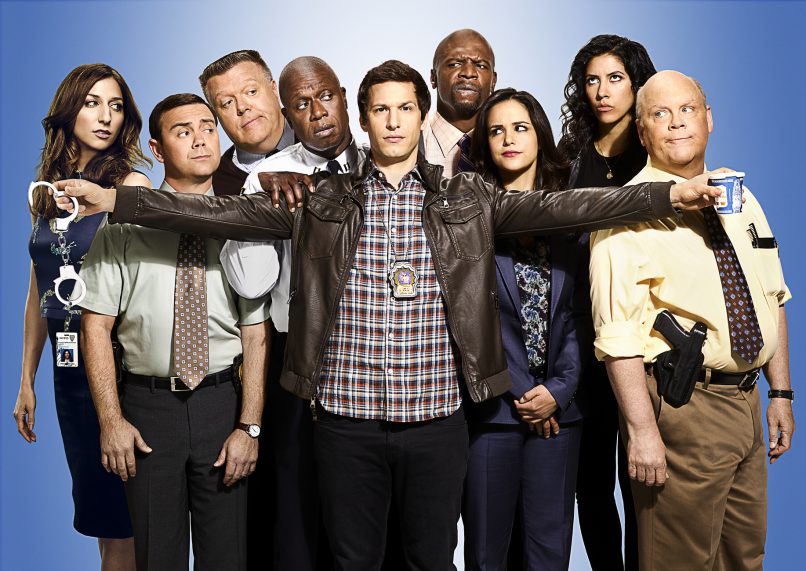 It was a tough season for many TV fans this year, with a whole slew of cult favorites getting the ax seemingly out of the blue. Nothing quite matched the furor that accompanied FOX’s surprise cancellation of Brooklyn Nine-Nine, though. Twitter lost its mind, famous fans like Guillermo Del Toro, Mark Hamill, and Lin-Manuel Miranda came out of the woodwork to sing the show’s praises, and fans immediately started doing the mental calculus necessary to gauge whether a pickup was remotely likely, sending pleas to Hulu, Netflix, and the show’s eventual new home, NBC. It was a crazy 31 hours.

While the pickup by a rival network of a later-run sitcom is not unheard of (see Community and Scrubs for comparatively recent examples), it’s still a rarity on American TV. But if any network sitcom has earned its Hail Mary cross-network pickup, it’s Brooklyn Nine-Nine, which in its fifth season not only delivered a remarkably consistent set of episodes, but several of its most inventive, entertaining, and yes, important installments so far.

A spiritual successor to Homicide: Life on the Street’s brilliant “Three Men and Adena”, “The Box” strips away the show’s typical episodic structure, season-long arcs, and ensemble cast to put Jake Peralta (Andy Samberg), Captain Holt (Andre Braugher), and murder suspect Philip Davidson (Sterling K. Brown) in an interrogation room for the duration of the episode. Captain Holt joins Peralta as he attempts to get a confession out of Davidson for the murder of his colleague, but the conversation quickly takes on more layers as tensions rise and series-long insecurities between Peralta and Captain Holt are teased out by the wily and manipulative Davidson.

The result is a compelling, character-driven, and thoroughly entertaining half-hour likely to earn Brown yet another Emmy nomination. Braugher and Samberg are unsurprisingly terrific together, showing how far their characters have come in five seasons, and the top-notch writing, direction, and editing keep the episode moving at a brisk, energetic pace. It’s far from a typical Brooklyn Nine-Nine episode, but it’s a loving tribute to Braugher’s work on Homicide and a prime example of what the show can do with only a few of its many strong characters.

Season five has been remarkably solid, so much so that there are only a few contenders for Weakest Episode. This one takes the cake for its forgettable plot, predictable setup, and basic reading of both Jake and his half-sister Katie’s family issues. Nasim Pedrad is an excellent addition to the recurring ensemble cast, but hopefully she’ll be given more to work with the next time she pops into Jake and Amy’s lives. The B- and C-plots are more successful, but overall, when it comes time for a rewatch,”DFW” will be an easy one to gloss over.

The clear MVP of Brooklyn Nine-Nine from the jump, Braugher had a surprising amount of competition defending his title in season five. With Rosa’s dramatic family arc, the Jake and Amy wedding, and an immensely impressive list of guest stars this season, this award could have gone a few ways. In the end, though, it’s Braugher’s dry deadpan matched with his heightened bombast that most consistently steals the show.

It was a good season for Braugher, with plenty of meaty material to dig into. There was Captain Holt’s gambling relapse, his morally questionable choices in regards to the mob, his desperate need to protect his husband, Kevin, his bid to be the New York police commissioner, and of course, the Paddington Bear-inspired ensemble he ultimately decided he was unable to pull off. From playing the gay card to get out of riding Rosa’s death trap of a motorcycle in the premiere to trotting with Cheddar in the finale, Braugher nails every line delivery, physical gag, and heart-felt emotional speech sent his way, and the show could not be what it is without him.

Brooklyn Nine-Nine celebrated its 100th episode this season and did so in fine form, by having Rosa come out as bisexual to her squad and, later, her parents. Stephanie Beatriz shone in the episode, “Game Night”, and the show’s decision to confirm the character’s sexuality underlined its commitment to representation. It’s a rare thing to have one LGBTQ person of color on any given TV show. Brooklyn Nine-Nine now has two. Just like it has two Latinx women and two black men in command of the squad.

Representation matters, and the careful, specific character work at Brooklyn Nine-Nine is a powerful example of how effective and affecting it can be. As Captain Holt says in his beautifully reserved, Captain Holt-y way, “Every time someone steps up and says who they are, the world becomes a better, more interesting place.” And of course, there’s always the doors Rosa’s bisexuality opens to casting, like the love interest teased in the finale, Alicia (Gina Rodriguez), who will hopefully be returning in season six.

Brooklyn Nine-Nine has never shied away from a callback, but they ran particularly wild with them in season five. The highlight of the season, though, is not the many toits and noices, the return of NutriBoom pusher Bill, Skyfire author DC Parlov, or jewel thief Doug Judy. It’s “HalloVeen” and the continuing creativity of the writers to deliver a Halloween episode each season that somehow raises the stakes after the previous season while staying within the tone and style of the show.

The writers wisely stay away from mere escalating heists and double-crosses, embracing sentiment instead and having Jake propose to Amy, pivoting on a dime from ridiculous to heartfelt and five seasons in the making. It’s hard to imagine the series topping itself after this episode, on either the comedic or dramatic side, but it’ll sure be entertaining to watch them try.

AND NOW FOR SOMETHING COMPLETELY DIFFERENT

“The  Box” wasn’t the only atypical episode of season five. The end of the season also brought “Show Me Going”, an episode centered around Rosa’s involvement in an active shooter raid and how the rest of the squad, unable to rush to the scene to help, cope with the stress of not knowing which officers on the raid have been shot and rushed to the hospital.

The episode wrings comedy out of the characters’ anxieties and desire to help, but there’s a strong thread of pathos throughout, particularly for Peralta and Holt, whose attempts to steer Peralta away from the immature, thoughtless bravado he embraced in his earlier days and instead toward being the empathetic, attuned listener the squad needs pay off, cementing just how far Peralta has come. From Jake’s significantly underestimated pizza delivery to Amy’s frantic destruction of the bathroom, each character responds to the stress differently and watching them live with their powerlessness, at least for 22 minutes, is a welcome change of pace.

ABOUT THE FINALE TOIT NUPS

They may have taken a detour, but the eventual nuptials of Jake and Amy in the season finale were indeed quite toit. Andy Samberg and Melissa Fumero have oodles of chemistry and their wedding is warm and inviting, a great fit for two such silly but lovable characters. Unfortunately, the episode itself is an underwhelming, if solid, end to an otherwise strong season. The beats as the planned wedding goes awry approach perfunctory and there’s only so much of Terry’s — and later, Rosa’s — excitement over the prospect of Gina Rodriguez’s Alicia as a love interest for Rosa can do to distract from that.

Holt’s nervousness over the police commissionership makes for a logical B-plot, but with a show that’s shaken up and then re-established the status quo so often, there’s only so much drama to be had in a job that would take Holt permanently out of the nine-nine. The ceremony itself is beautifully simple and well suited to the characters, and with a sixth season assured, a relaxing note on which to end the season.

Brooklyn Nine-Nine suffers from the curse of consistency. It’s one of TV’s most reliable sitcoms, and it’s that very trait that makes it so easy to overlook. Week in and week out, season five delivered funny, engaging, and thoughtful episodes that played to the strengths of its large, talented ensemble cast while finding enough new threads for them to explore.

It pushed its formal and structural boundaries in “The Box” and “Show Me Going”, paid off seasons of character work with Jake, Amy, Captain Holt, and Rosa, among others, and still found space to introduce new characters, bring back familiar faces like Jason Mantzoukas and Dean Winters, and discuss issues as wide-ranging as the particular struggles of trans inmates, the dangers of toxic masculinity, and the challenges of being a women in a leadership role in a male-dominated field. All while being consistently laugh-out-loud funny. Had this been the end of Brooklyn Nine-Nine, it would have been a run any show should be proud of. Thankfully, the adventure continues this fall with season six on NBC.