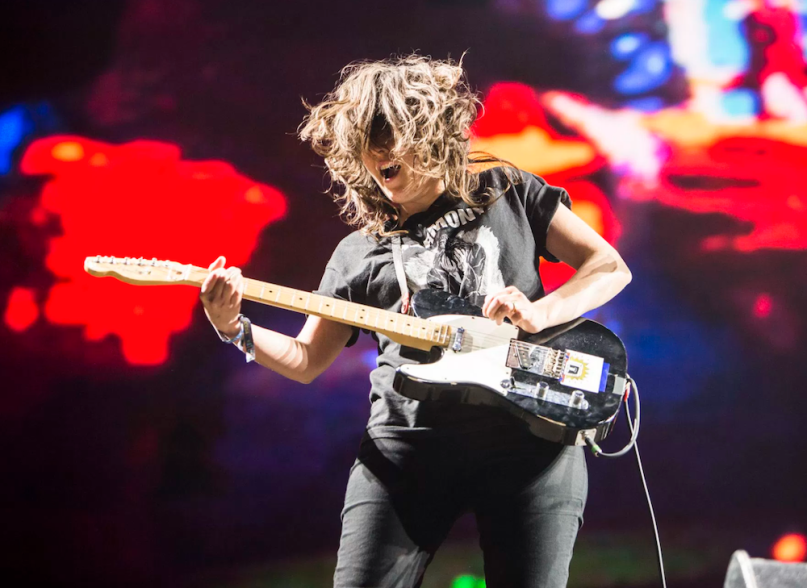 Today marks the release of Courtney Barnett’s sophomore LP, Tell Me How You Really Feel. Subscribers of Apple Music and Spotify can stream it below.

Barnett recorded the album in Melbourne last July, collaborating with producers Burke Reid and Dan Luscombe, the same team who helped her break through with 2015’s Sometimes I Sit and Think, and Sometimes I Just Sit.  Prior to the record’s release, Barnett shared a number of early singles, including “Need a Little Time”, “City Looks Pretty”, and “Nameless, Faceless”.

“This album definitely felt a lot more like working through a problem through the lyrics or through the flow of a song,” Barnett told Under the Radar. “It felt like encouraging myself or others, because some of the songs are about friends or close people, and it felt like I was writing a self-help book a little bit. It feels like a self-help album.”

In his album review, Consequence of Sound’s own Matt Melis praised Tell Me…, writing:

As expected, Tell Me How You Really Feel still finds Barnett writing “Courtney Barnett” songs, but there’s an unmistakable growth in the Aussie’s compositions. Her strongest melodies yet meet an untrained voice that’s gaining confidence and a band (Bones Sloane, Dave Mudie, and Dan Luscombe) that’s learned to trust itself to breathe and show restraint at times rather than instinctively douse a song in more scuzz.

Below, listen to Barnett’s interview on Kyle Meredith With…, in which she discusses the new record, legalizing same sex marriage in Australia, and her growing band T-shirt collection.

Tell Me How You Really Feel Artwork:

Tell Me How Your Really Feel Tracklist:
01. Hopefulessness
02. City Looks Pretty
03. Charity
04. Need a Little Time
05. Nameless, Faceless
06. I’m Not Your Mother, I’m Not Your Bitch
07. Crippling Self Doubt and a General Lack of Self-Confidence
08. Help Your Self
09. Walkin’ on Eggshells
10. Sunday Roast