Film Review: Anon Sends a Detective Into a Waking Nightmare in the Neo-Near Future 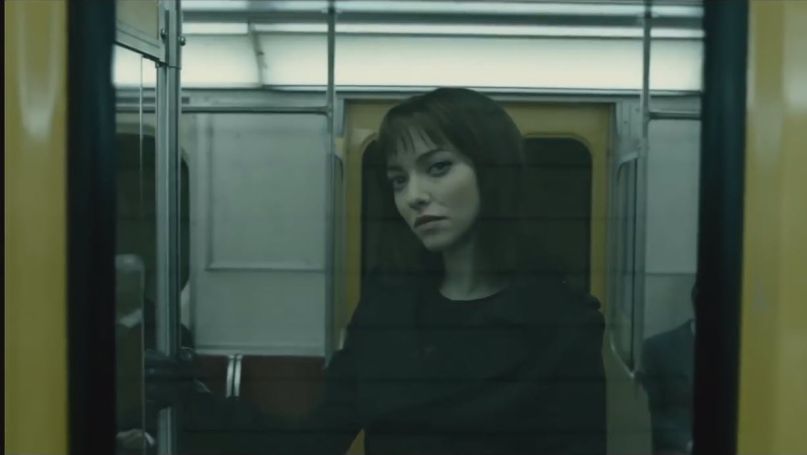 Anon is a nifty bit of science fiction stemming from our recent fervor over – you guessed it – Pokemon Go.

You think augmented reality is far off from being mass-instituted? Anon thinks not, and makes interesting pitches on the matter. Interested in an expensive new watch? Walk close enough to the window display of a Rolex, and your brain and eye implants will help you instantaneously visualize that watch across your left wrist. Eavesdropping is no longer taboo, as people will be so used to living publicly online that of course you can hear other people’s conversations. “Did you get lucky last night?” one dude asks his friend. “Of course, did you?”, the other proudly declares. Sure, your implants raise the volume, but does that matter when so many awful people already comment online – with their own names – as it is?

Andrew Niccol has such a fascinating core conceit with his new Netflix offering Anon that it’s a shame it doesn’t fully load into a more cohesive thriller. But holes, stiff formalities, and a dithering story can be forgiven when Anon often feels so thoughtful and even compelling. It’s full of good ideas and ‘what ifs’ in the service of a whodunit. The contemporary moral ethicist behind Gattaca and The Truman Show, playing in the halls of Fincher and classic noir, extrapolates creative intrigue from current tech in a not-too-distant (or implausible) future.

Niccol’s technologic quandary is layered atop a crime story. Detective Sal Frieland (Clive Owen) is a cop in the vein of Mitchum, or Rust Cohle: forlorn, longing, often alone with a tumbler of scotch. Niccol plays up Owen’s knowing roguishness against archetypal P.I. clichés. He’s demure, confident, and quite sad. A fitting irony for a society built on interconnection and transparency. In this future, everyone’s vision can be recorded, and video memories can be accessed in the literal blink of an eye. You’re with anyone at any given time, yet an instant video can’t easily illustrate somebody’s inner turmoil.

But what if your mind’s eye can be augmented, hacked, edited, and manipulated? This is where Anon‘s Big Story comes into play. Sal is assigned to a case involving murders where victims are hacked and forced to watch a killer holding a pistol at them, seconds before they die. They barely understand what they see before they can react, and the pattern is growing. Concurrently, Sal sees a mysterious young woman on the street with a flickering “Unknown” name tag above her head. The woman, played by Amanda Seyfried, catches Sal’s eye, and in a society built on transparency, this anomalistic woman captures Sal in a way he may soon regret. But we’ll stop there.

The mechanics by which Sal must develop a sting operation, attracting anonymous hackers to find the right one, starts out curiously. How does one set up a story in the age of over-information? A fake finance job, video of illicit activities he desperately wants to erase, a fishing expedition on the dark web. It’s all clever stuff, even if one can’t shake the feeling that it could never possibly work in Anon‘s reality. All a hacker needs to do is watch Sal’s real life for a few weeks before his fake one begins, right?

As Sal is drawn deeper into the case, we see the technology’s true pitfalls. Turns out that in Anon you can mess with someone’s vision, sending them other people’s memories or footage of dog attacks, muggers, and beatings. Steps can be manipulated in front of you so you’ll take a tumble. Someone can even delete your deepest, most precious memories as a means of revenge. It makes for scary, occasionally shocking moments, and if VR gaming has been any indication, it’s all crazy but not that crazy.

Who has access to whose eyes, and how? How can it be used against you in a court of law? And how embarrassing and/or behavior-modifying is this new tech? This is when Anon is at its most captivating. When Sal drunkenly calls his wife to argue and make a point, she’s able to call his bluff that’s he’s soused by asking for the prior ten minutes of his record. He immediately hangs up. Buildings are visualized with meticulously layered black-and-white 3D ads for VTech, Chivas, and the like. (It’s arguably the nifitiest take on in-movie ads since Blade Runner‘s giant, dirty L.A. Coke sign.) Niccol switches from full-frame POV shots showing the eye tech at work, to the black-bar widescreen of reality. One shot is loaded with signs, ads, and text texting up the field of vision. The next is just an empty street with Sal wandering along.

Anon works in microcosm, spinning off ideas from projects like Minority Report or Watch Dogs: surveillance states, the unreliability and lapses of new tech, and how ambivalent we wind up being towards innovations. While the film’s final thesis is a Facebook post with typos at best (delete your accounts, and so on), Niccol is still terrific when he’s breaking down rules, questioning protocol, and testing new ideas.