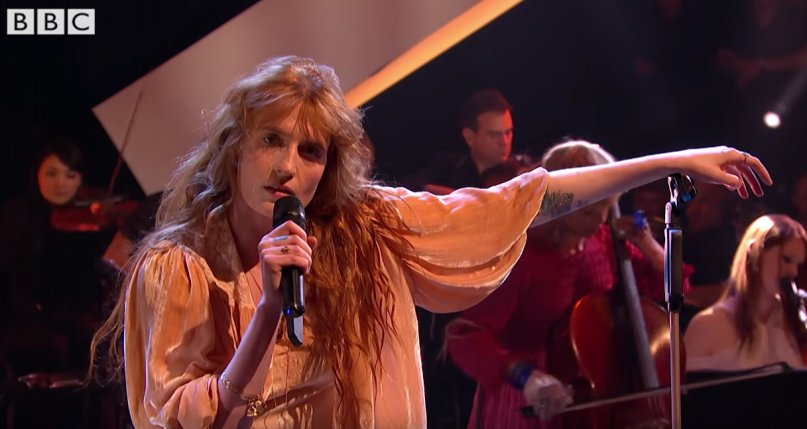 Florence and The Machine perform with Kelsey Lu on Later... With Jools Holland

This week’s episode of Later… with Jools Holland featured a trio of top tier performers supporting new releases. Leading the charge was Florence and The Machine, who performed two tracks from their forthcoming fourth studio full-length, High as Hope, out June 29th. Florence Welch first delivered a dazzling rendition of the lead single, “Hunger”, before teaming up with cellist Kelsey Lu for a rendition of “100 Years”.

Lily Allen performed alongside Holland himself, who sat at the piano while she sang her ballad “Three”. The song is off Allen’s upcoming No Shame, her first record in four years.

Check out all the performances below.