Chance the Rapper and King Louie guest on Future’s “My Peak”: Stream 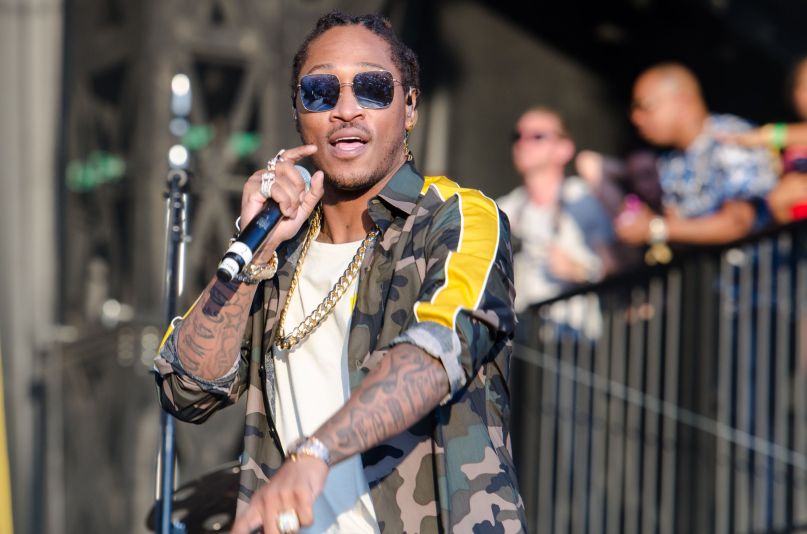 Future’s “My Peak”, a teased, heretofore unreleased collaboration with Chance the Rapper and Chicago rapper King Louie, has finally surfaced in its final form. Chance first previewed the song on Instagram in early 2017, then unleashed his verse during a live performance later that year.

Spare, elegant piano weaves through a steady trap beat as the guests trade verses and Future holds down the chorus. Future recently released, “No Shame”, the lead single for his soundtrack to the upcoming Superfly remake, which he’s also producing. Whether or not “My Peak” will also appear on the soundtrack is still up in the air. Check it out below.

Future and Chano collaborated on Coloring Book’s “Smoke Break”. In addition to new cuts like “Walk Thru” and “Absolutely Going Brazy”, Future’s also recently shared two full-length albums, HNDRXX and a self-titled LP, and guested on the likes of DJ Esco’s Kolorblind and Rae Sremmurd’s SR3MM.